This question does not appear to be about writing, copywriting, publishing or editing within the scope defined in the help center.

I am working on a comic book script right now. Nothing of my draft (except dialogues) will be read by readers; the only purpose of my draft is to narrate the story to my friend, the illustrator.

Anytime I introduce a new character, I could write a few hundred words... or I could attach a photo of my character's appearance.

The problem is to find the right picture on the Internet.

Is there any free gallery of human faces? A website I could type "woman, 35-40, blonde" into, receiving a hundred different face types I could choose from?

The site ArtBreeder it's just what you need.

It basically lets you create all kinds of imagery by AI. One of the options is for portraits.

You can take some of the million random portraits included or upload your own pics to mix them and generate new ones combining their facial traits. You can also configure what each -parent- pic contributes to the -children- generated ones, besides other attributes, by shifting some slide bars.

You can actually type gender, age, and physical characteristics into Google image search: 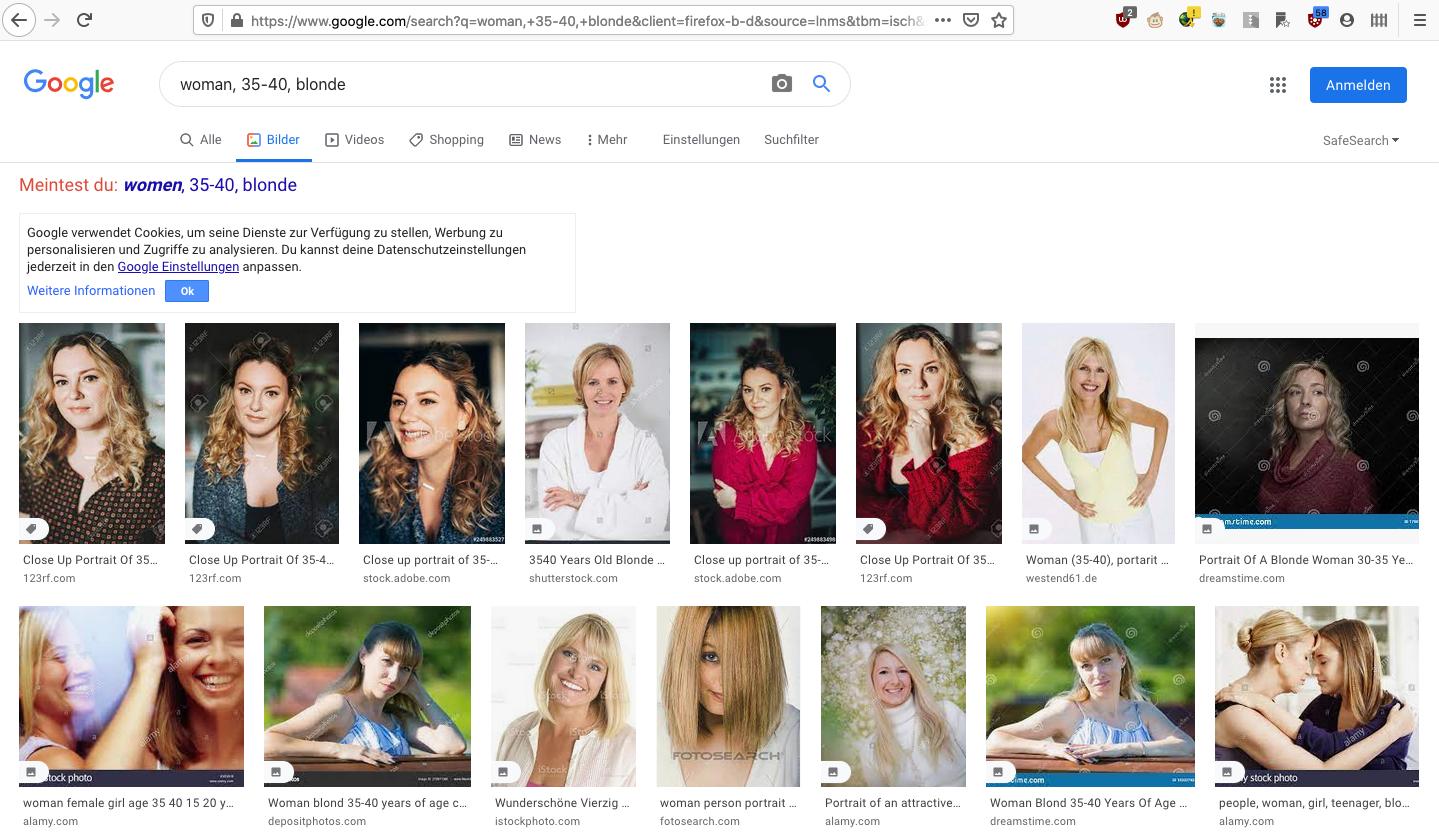 As long as you don't publish the images you are free to do with them whatever you like, but as soon as you distribute a file with images you don't have the right to distribute, you are on dangerous ground. I'd rather include a link to the image instead of the image itself, if I wanted to show my idea of a character to an illustrator.

The closest thing I can come up with is an unfree, AI-generated face library. Seeing that this is a paid service, I doubt that there is some free service for this purpose, that does it better.

Not the answer you're looking for? Browse other questions tagged characters description tools comics or ask your own question.

4
Are there any free programs for screen writers
4
Free or cheap way to lay out a concert program booklet?
13
Is there a free online alternative to Scrivener?
4
Non-human protagonist - Good, bad, or up to the writing?
9
Best free writing software?
1
How to present a human protagonist from a narrator who does not know what a human is?
4
Which free text analysis tools do authors use?
3
How far I should describe an alien invader character that has similar appearance to human?
5
How do you describe sentimental human physical interactions?
2
Are there any free offline outlining tools?