I've been spiraling down a rabbit hole of conspiracy theory/mysterious event case study videos on Youtube lately, and have been inspired by an Internet scavenger hunt from a few years ago called Cicada 3301 to create a novel with cryptic riddles and secret societies. A few ideas I also want to incorporate are the Matrix-like premise of simulated reality, and the Black Mirror: Bandersnatch message about the illusion of control and choice.

I've got a plot forming in my head, and I have a million questions that I want to ask the reader within my piece. But the problem is, like most philosophical and metaphysical topics, there are no clear answers that I can provide. For instance, there's no answer to the question, "Is this reality a true reality or a simulated one?" I don't want to provide a clear answer or a clear conclusion, and I think that's the most effective way to go about writing this piece, but I don't know if my readers will be satisfied with almost none of their questions answered.

How can I keep my reader interested, invested, and not frustrated with me while still maintaining an open-ended, no-right-answer type plot?

The majority of readers prefer closure. The riddle solved, the murderer caught, the lovers married, the conflict resolved – this is what many people miss in their real lives, and that's why resolution gives them a feeling of satisfaction and contentment.

For that reason, most bestsellers do not have an open ending and provide answers to the most important questions.

The decision, as with all writing questions, is whether you aim to sell a significant number of books and make a living as a writer, or if you are happy with writing as a hobby and your books being bought only by a small number of niche readers. Quality can exist anywhere on this continuum, but sales really only happen when writers abide by the "bestseller code". 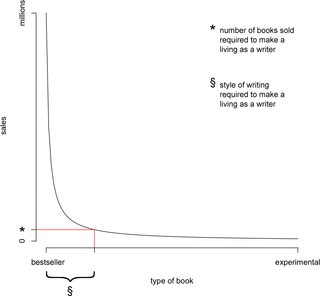 When we assume that you'd like to sell a significant number of your books, you must give your readers closure. But that doesn't mean that you have to answer all open questions.

You must provide closure only for the plot-driving questions.

What you can leave open are philosophical questions as well as real mysteries. For example, official investigations couldn't completely uncover the background to the Kennedy assassination, and you certainly don't have to provide closure to that in your novel. On the other hand you might want to avoid leaving mysteries unresolved that have been resolved in reality. The Americans did land on the moon, for example. Modern telescopes can find the remains of the missions on the moon's surface.

No novel has ever answered the "big questions"

Is there a purpose to life? Why are we here? What is real happiness?

Plenty of novels have asked these questions, and all have ended without providing a definitive answer because these kinds of existential questions don't have an answer.

What authors do instead is explore the idea through an evolving situation or a character with a narrative arc, and the story concludes when the situation is resolved and the character has closure. Leaving the big questions unanswered is fine, so long as the reader doesn't feel they were taken on a sleigh ride to nowhere.

Orson Scott Card introduced the MICE quotient – Milieu, Idea, Character, Event. According to him, stories typically revolve around one of these, but most stories will contain elements of all of them.

Here's a very simple breakdown how your Cicada 3301 conspiracy might play out under MICE.

Idea – There is a mystery on the internet. What could it be for? Who made it, and why? Most important, what happens to the people who solve the puzzle? The point of an Idea story is exploring the idea itself. The story concludes when the idea is "fleshed out" even if the why and who is left unanswered. It's the idea of a web mystery that is interesting. A main character might not even be involved directly, he might be a journalist or armchair detective who becomes aware of the mystery, and begins to connect the dots. In an Idea story, the protagonist could be detached from the conflict like a psychiatrist, scientist, or archeologist. They are piecing together the "truth" behind the idea, or the idea itself changes how they see the world.

Character – The story revolves around a character who's story arc is about what happens to him (emotionally, psychologically) when he pursues this mystery. He meets strange people, he begins to fear for his life – the mystery triggers something within him that he can't let go and it ruins his marriage. Despite the apparent danger he becomes obsessed and is willing to risk everything. Character stories are finished when the character's arc is resolved. Again he may never understand the mystery, but he will come to the end of his arc.

Event – The event story is fixed around an inciting event, or an anticipated event. There may not be a central character, instead there are numerous characters reacting to the event. In this case the event might be the appearance of the online mystery, followed by other anticipated events like the reveal of more clues, or individuals solving bits of the mystery. Natural disasters and alien invasions are events that interrupt regular people's lives, potentially changing them forever. If the event happens early, the conclusion might be when the aftermath is finished (flood waters begin to recede, the crisis is over). When the event is at the climax it might be more like toppling dominoes that have been carefully laid throughout the story.

MICE is just one way to look at stories, but it's a useful one because it tells the author what sort of conflicts and resolutions are needed to keep the reader engaged. Readers inherently understand that although the "big picture" is about one thing, the story beats and character arcs – which are the actual narrative – will be in service to the type of story being written.

The "big picture" conspiracy doesn't need to be solved, but the immediate conflicts and narrative arcs come to their own conclusion.

There are plenty of TV shows that had their 15 minutes of fame as the watercoolor topic of the day, but eventually collapsed under the weight of their own lingering unresolved nonsense. Lost, X-Files, and Altered Carbon all fall apart when viewed as a whole, but are able to keep viewers tuning in – for a while at least – just by presenting expensively-produced confusion and surprises. But don't mistake endless "wtf" plot-twists and pseudo-detective melodrama for "good" intrigue. Eventually even die-hard fans expect a payoff and a conclusion, not a shaggy dog story that goes on too long without a punchline.

Not the answer you're looking for? Browse other questions tagged creative-writing world-building readers or ask your own question.

6
Can the protagonist lose his strength without losing the reader?
6
Preserve "The Reveal" vs lying to the reader
17
How can I convey an absolute truth from the author to the reader without a mentor character?
8
MC doesn't know something that's obvious to the reader
0
How can you show a character trembling without telling the reader
11
Alternatives to raising eyebrows to show surprise
2
Tips for brainstorming solutions to plot holes & worldbuilding