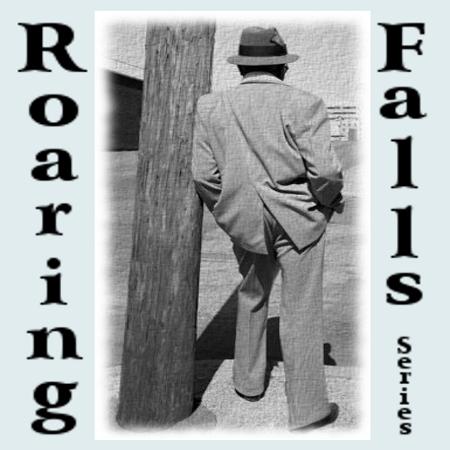 Dutch Rhudy; referred to by his peers as the master of Mystery, Mayhem and Madness; resides in a quaint, east Tennessee post war cottage. Any similarity to serenity, abruptly ends right here. For this mysterious Author of Mischief is about to enter his study. Or should I say, make an attempt at entry.

With a quick two-step, hop-scotching around and over the wildlife feeding pans strewn along the pathway, his feet manage to find a surviving clear landing spot at the study door. He reaches for the doorknob, gives it a sharp push, then stands in the doorway carefully eyeing a profusion of every trinket imaginable, gathered to study and perhaps use as a cue for a scene in a novel; this Pandemonium Plus setting leaves not a square inch of surface or floor area.

Born in the mid 1940s; Rhudy actively interacted with his older relatives from the pre-1900s era. Each had a story to tell about the good old days, their pioneer ancestors, the many antics they pulled as children; including more serious matters, about crime escalating over the years and how they confronted these issues. Each family gathering added more unique stories of mirth and suspense which have found their way into Rhudy's mental archives.

As a young man, Rhudy worked evenings as a disc-jockey and script writer. Once available for full-time work, he assisted a small advertising firm and worked as a ghost writer for a columnist. Through this association more work followed; with a request to ghost write several novels for teens and young adults, his career was under way and consumed over a decade before he took a break from writing.

Rhudy is getting on up in years; the nest now deserted, peace and quiet has returned to the Rhudy household. Retirement affords him the time to release under the Roaring Falls series, many colorful stories spanning over 150 years. Included within each story are glimpses into the history of his hometown, its activities and bring to life the many crimes from past to present.

Often called "That Mysterious Mystery Solving Mayor of Roaring Falls," Rhudy claims he solves no crimes; he allows the unraveling of each mystery be conducted by the world-renowned Rumbleigh Investigations. There is much more about Roaring Falls than appears on the surface; If there is a secret to discover; a scandal, a sinister character, a hidden romance, or clue for solving a crime; some character will invariably let it slip out.

All Questions Answers
Votes Newest
3 Good screenwriting-specific collaboration software Jun 25 '14
3 Is there a quality difference in purchased hardcovers? Jun 26 '14
3 Copyrighted Names Jun 27 '14
3 Do publishers use LaTeX to produce books for the blind? Jun 20 '14
2 Is there such a thing as a “setting sketch” for a science fiction writing? Jun 12 '14
2 Steven Johnson's DevonThink writing workflow: is creating & accumulating 50-500 word snippets worth the effort? Jun 12 '14
1 How to capitalize the first line of a paragraph using styles in OpenOffice? Jun 20 '14
1 Using pictures in my memoir Jun 27 '14
1 Is it okay to end a novel with a cliffhanger? Jul 15 '14
1 Does it confuse readers if a character name is similar to the name of an object? Jul 16 '14
View all questions and answers →