Figuring out when a book was printed [closed]

I've recently purchased a book from Amazon, and I was curious as to when it was printed.

I looked at the copyright page, which looks like this: 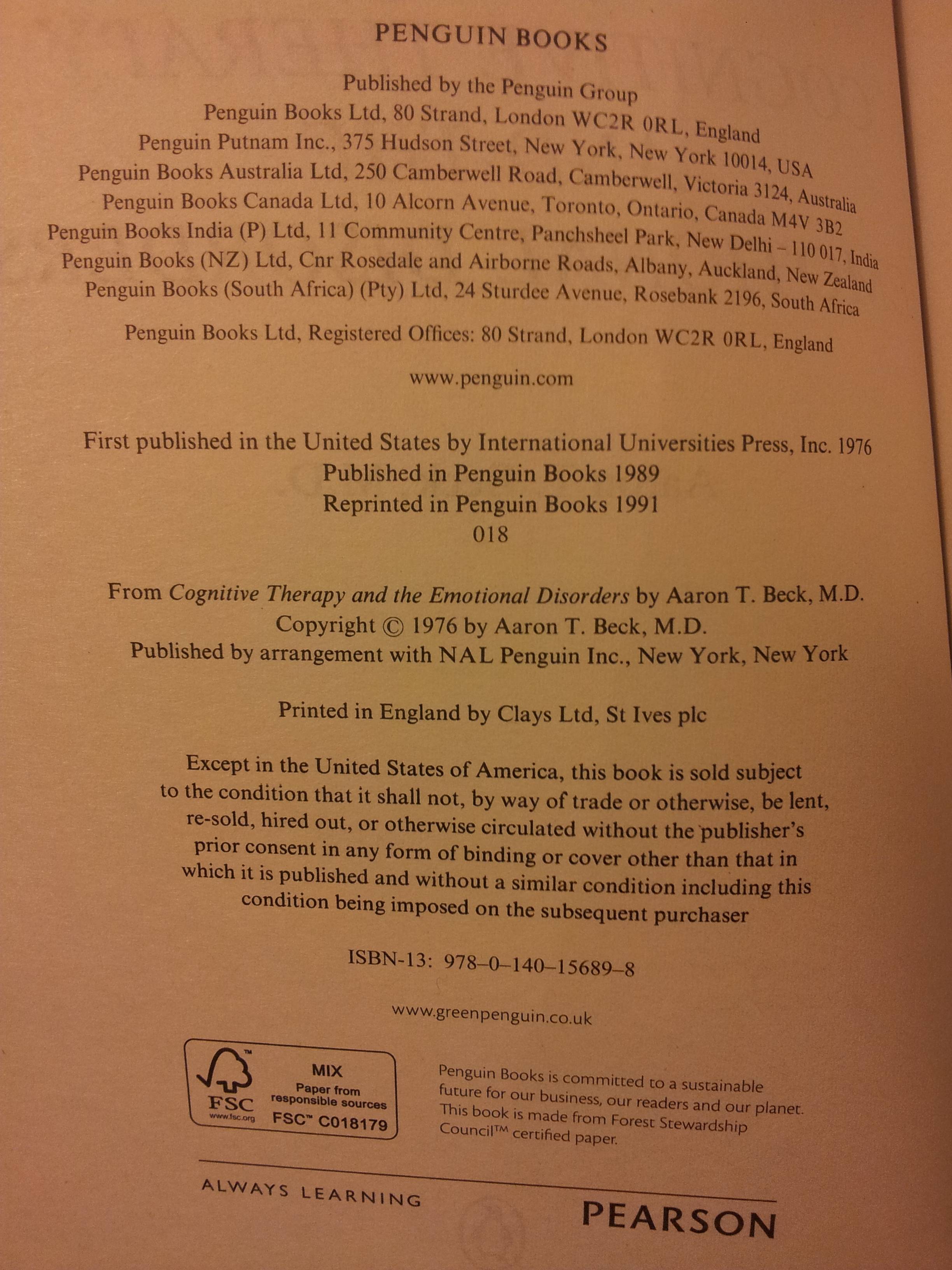 The biggest year number shown in this page is 1991, where it says "Reprinted in Penguin Books 1991".

Could that be true?

(Note: I couldn't find a year number anywhere else in the book.)

The FSC (the tree logo on the left) was established in 1993, and the Mix label was developed in 1994 2004, so that physical copy had to have been printed some time after that.

Beyond that, yes, it's possible that any given physical copy has been kicking around for two decades. It had a run of so many, some were sold, some were returned to the publisher, and the publisher warehoused them. Your ability to purchase it now is called "long tail retailing." (It describes a graph with a high peak at the beginning, tapering out to a long but low "tail" of small steady sales.)

Not the answer you're looking for? Browse other questions tagged publishing book or ask your own question.

4
Designing a book
11
Why do ebooks often mimic the layout of the printed page?
6
Publishing a Children's Picture book — Question about an App and a Printed version
5
Why do authors usually put a reference section at the end of a book when they are not referenced throughout the entire book?
18
Getting My Rights Back
0
Bibliography/Citation when writing a book
3
Copyright of a book which is out of print
5
Is it harder to publish a successful book these days?
3
Writing an image Utopia book
3
How do some self-published books on Amazon get lots of sales without any marketing whatsoever?