How do you explain that the people talking English in a comic books are talking in another language than English?

Put the text in angle brackets and add a footnote at the bottom of the first panel (or page) where you do it, to say which language it's in.

The footnote might not be necessary if it's obvious what the other language is that's being spoken. (e.g. Megatokyo takes place in Japan, so in https://megatokyo.com/strip/1599 you can assume the foreign language being spoken is Japanese.)

There's also instances where you might want to repeat the footnote. Because if there is a lot of time between instances of characters speaking the other language, readers may have forgotten in the meanwhile. With webcomics that risk is even bigger, because of the time between updates. So I've seen some that just add a footnote on each update (where it's relevant).

You can use typesetting or other visual cues to indicate different languages. “Asterix and the Goths” provides a good example of this, with the lines in German rendered in a pseudo-blackletter typeface.

I like the solution that Minna Sundberg used on her Stand Still. Stay Silent webcomic. She puts small flags in the text bubbles to indicate the language used

Of course, you can try variations on this concept (different colors, shapes of the text bubble)

Which means: write it in the foreign language

Put the English translation in a note at the bottom of the panel.

If it is essential to the story that some dialogues occur in a language other than English, then you need to show it to the reader. By writing the text in the foreign language, you can convey this fact. Providing a translation in a note helps readers that are not knowledgeable to follow the story, without detracting from the main point that was to show the multilingual setting.

Special case: the POV character does not understand the foreign language.

What is the point of translating the dialogue?

If the POV character is not meant to understand it, then better to show that to the reader. You can try to keep the reader in the dark about the content of the dialogue, while providing visual cues of what is happening by either:

If there is only a minority of second language spoken, how about writing everything in the language it is spoken in, and then translating the key parts? Leave the reader to infer the rest from context.

I have an English translation of War and Peace that works this way. The original would have been in Russian, with a smattering of French. The copy I have is in English, leaving the French untranslated. Even in the original, the French parts are short. At most 3 sentences or so of French at a time. If a character had a lot to say in French it was offered as a summary rather than written out in a language most readers where less familiar with. However, there are shorter segments where a character's spoken French is given as is. In the copy I have, the translator has added footnotes only where what is said is not obvious from context; either when it's a longer statement, or is a surprising thing to say. Shorter, more predictable statements are left for the reader to infer.

You have a comic book, so presumably there is more context that a typical text-only book would offer. So for short, and predictable sentences, there is no need to translate at all. The reader will guess what they mean, and the guessing makes us feel clever, which is always nice.

This approach is only viable if the minority of your book is in this second language. It has the advantage of retaining the flavour of two languages without creating excessive footnotes, and to some extent, makes the reader feel smart.

Some other popular solutions that haven’t been mentioned so far: putting foreign text in italics, or adding a footnote * in Narnian.

As an example of putting subtitles into a comic 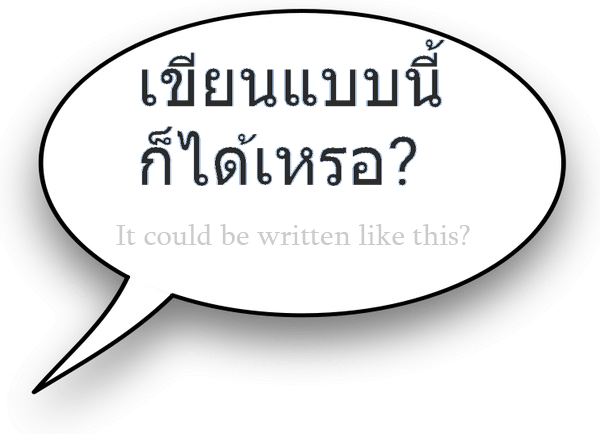 Not the answer you're looking for? Browse other questions tagged language comics or ask your own question.

19
How to deal with a story that 95% of it takes place in a different language country and the protagonist speaks in it?
12
How to handle translation of a language in a comic, while preserving a sense that the language is significant?
6
How to indicate that the source language is gender-neutral?
3
Translation of a Translation
0
In a comic panel, how do you show your readers that the voice is heard within?
8
How do you show a wolf howling in a comic book panel if the wolf isn't visible?
1
How should I include an English phrase that other characters have confused for a character's name (due to a language barrier)?
3
How can you show that people are showing antipathy towards a character without using or by using minimal dialogues in a comics?
0
Can you use a flashback in a comic for something the person imagined happened?