How do you convey a simple world through negative space?

I've been mulling over this question for at least a year now. There may be a simple way to ask it but I lack the vocab if there is one. I'm ready to ask it because I think I can express what I want with an illustration. But first some context.

When I was in high school, I wrote a novelette set in a fictional universe called Dawn. The universe was structurally simple with only a handful of materials that make up matter: liquid, stone and life (a sort of cytoplasm). The physics was simple too.

The problem came in, though, when I needed to convey this. It was out of the question to tell the reader the details about how the world was simpler because it would ruin the pace a lot or wouldn't really paint the right picture in the readers head.

My solution at the time was to just skimp on details lacking in Dawn but that are in our physical world. For example, suppose that in Dawn, people are colourless, humanoid blobs without hair. I would just not mention their hair or colour etc. The characters wouldn't mention it either. Why would they? They've never known anything different (i.e. Maid and blob dialogue).

The overwhelming feedback was that readers where continuously disorientated because they could not place the setting. There were no hard, literary edges to orientate with because this is an abstract universe.

In one of my drafts I tried using a framing story to allow exposition in a Flatland-esque way but I couldn't convey enough of the setting detail with that.

Now that the context is out of the way, here is my illustration. Suppose I tell you about "a valley containing trees, surrounded by mountains." 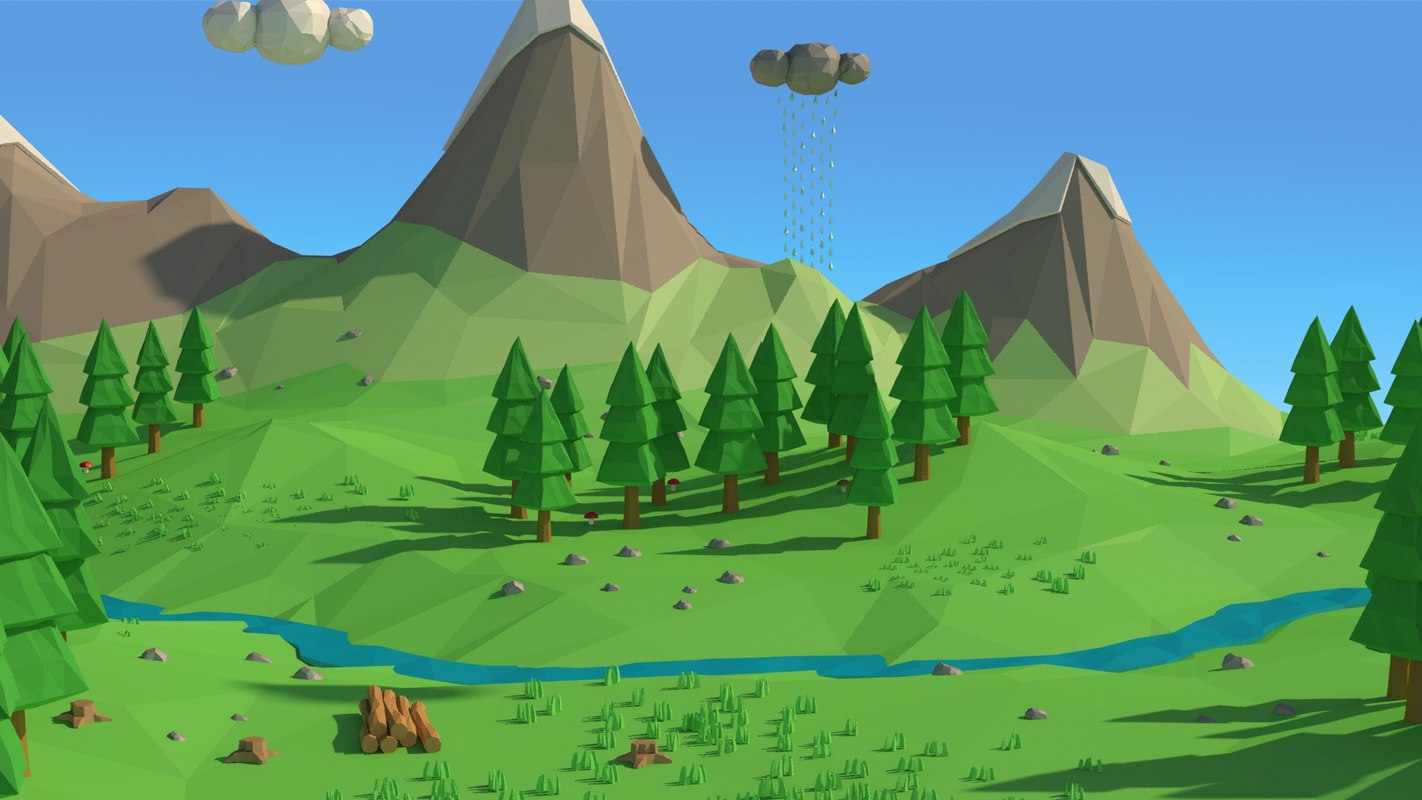 The funny thing about this is that more often than not, the components will be understood as symbolic abstractions. Both the stylized picture of a tree and the word "tree" contain an unspoken promise that the tree has bark, rings, is made up of cells, each cell contains such-and-such atoms etc. even if you are not explicitly told that they are there.

But what if the setting really looks like that picture? What if you go there first-hand and what you see is identical to that picture?

How can I convey the simplicity of the setting by using "negative space" so that the reader actually feels like the story is reliably being narrated?

If it doesn't make sense to use negative space at all, why and what should I do differently?

If you don't tell the reader otherwise, they will assume the whole world of your story is the world in which they currently live, or something very close to it. That's why so many stories set in the past, or on other planets, include scene setting details to make it clear this is an unusual environment. Nobody is going to just guess that the reason you're not describing anyone's hair or eyes is that they don't have hair or eyes.

How can you handle it? You could have an introduction or something that spells it out. You could have a framing device like an Earthling has somehow connected (telepathically?) with a Dawnling, and the Dawnling is telling the main story. The Earthling could occasionally interrupt with clarifying questions.

In The Colour of Magic, Terry Pratchett tells us about a traveller with a little box containing a demon who paints pictures of the things the traveller is seeing. We, the reader, feel smug that we recognize a Polaroid camera and are smarter than the people the traveller is visiting who use such primitive terms to describe technology. Until the demon sticks its head out of the back of the camera to complain of being out of pink paint because the traveller took too many pictures at the Fleshpots of Quirm! So you could do something similar with your narration being true but the reader not thinking it is, then finding a way to show it's actually literally true.

Usually, a story tries to avoid using bland, uninspiring descriptors for the setting and characters. Readers want grit, sensory input, sweat and pain. Only these things are missing from your world. Unfortunately, you need to describe simplicity, or else a reader will assume lazy, incomplete writing and glossing over "essential" details.

I would suggest you can use featureless descriptors, like smooth, balloon-like, featureless, glossy, flat, blocky, and angular. Think about how someone might try to describe a Minecraft world, or a looney toons universe.

Then, amidst the descriptions of a surreal cartoon reality, your characters seem oblivious to the alien nature of the world. Even the descriptors of the characters will be things like doughy, puffy, rounded, and smooth.

Not the answer you're looking for? Browse other questions tagged prose or ask your own question.

2
How do you escape "wanting-to-be-deep-ism"?
3
How do you decide the voice of your narrative?
1
How can you add light, quirky, humor or sarcasm into dialog?