This is oddly specific and I'm not sure this is the right place for it but I'm writing something set in a contemporary American setting and I need a typical American food a grandma could cook for a family dinner that would spoil if left outside the fridge over night. Basically in what I'm writing a character steals food from a plate left out by a lady who is a white American grandmother (of English/Irish descent let's say) and gets mild food poisoning. It should be something that doesn't need to be cut up to be served, ideally something that can be grabbed straight with your hands (provided you're not the kind of person who cares about that), so that it's hard to notice that some has been taken away.

I first thought mac and cheese but then I read that it generally wouldn't spoil over night.

I am not an expert on this but how about shepherd's pie. Seems like this is both an Irish and English dish and goes bad in about 4 hours at room temperature (source) 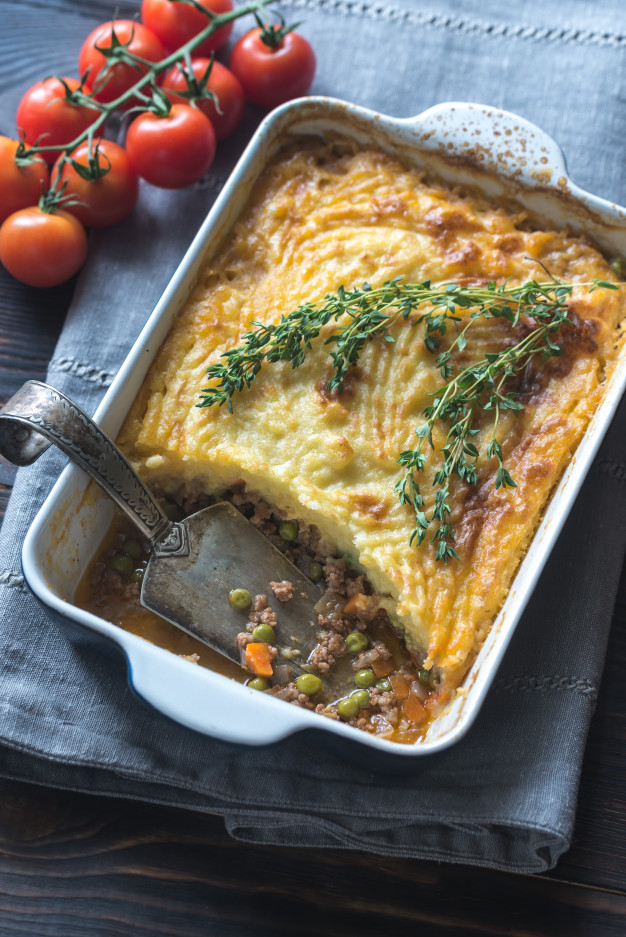 What about something like chicken pot pie or shepherds pie. Both of which I could imagine an American grandmother making. They also both contain meat products which at least as far as I know are not something you should be eating if it's been out over night, particularly if it's in a hot humid setting or the middle of summer.

Dairy products are also featured in both recipes, another item that doesn't do well when left out. Cream specifically is used in most chicken pot pie recipes, cheese is usually in shepherds pie but the mashed potatoes of shepherds pie could also use cream or milk.

If you really want to key in on the elderly woman's Irish decent, I've read that a typical Irish shepherds pie will use ground lamb instead of ground beef.

Both would be a little messy to eat with your hands but not so difficult that you couldn't. Both could also be hard to notice that any went missing if the elderly woman has already served a portion of it from a casserole or pie dish.

Not the answer you're looking for? Browse other questions tagged fiction world-building or ask your own question.

5
Any suggestions to improve these three introductory paragraphs of a novel I'm writing (e.g. writing style, description and flow)?