Wreckages is an interesting word that I'm confused about. 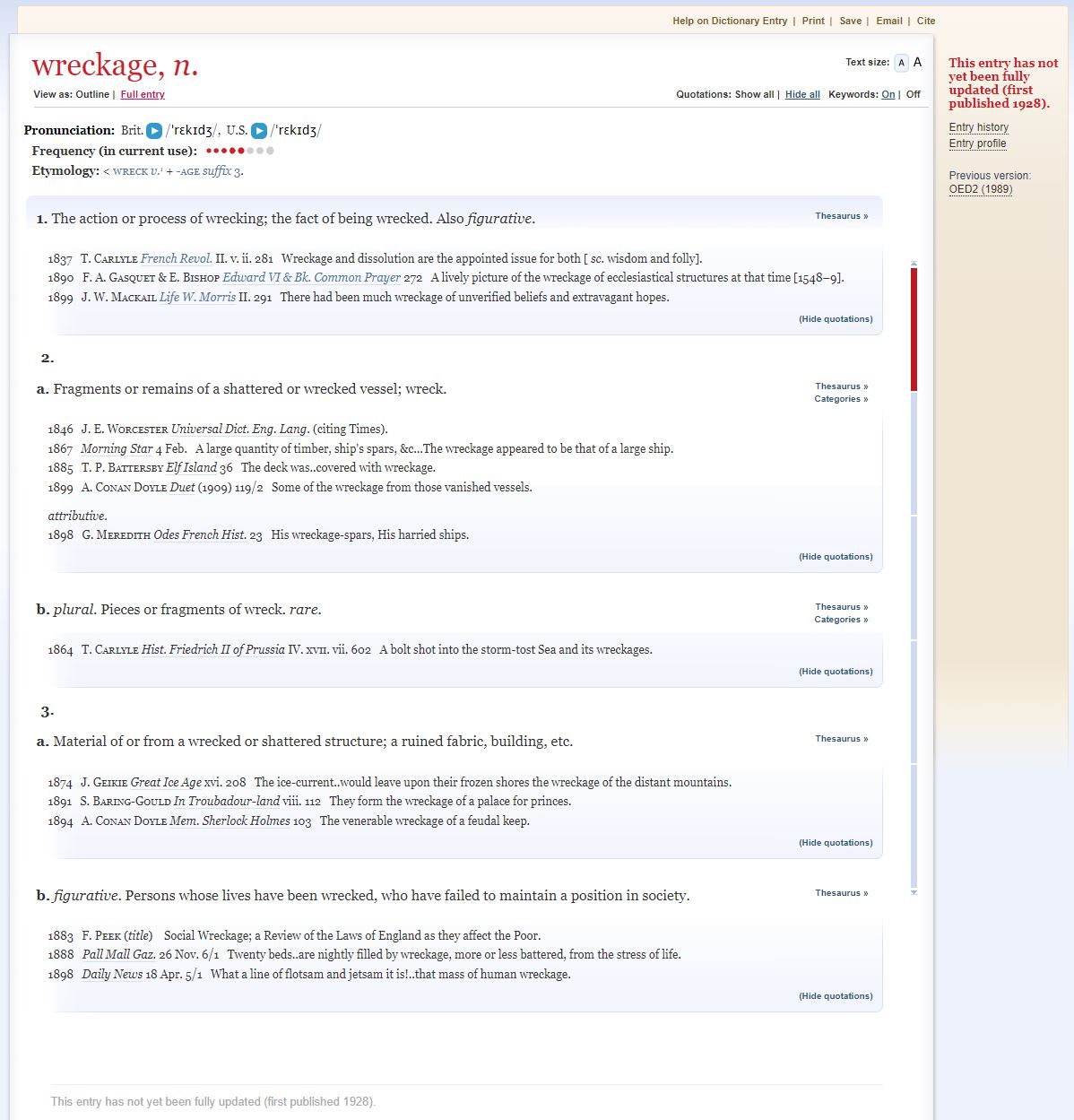 Can anyone shed some light on this and what would sound best to use?

If your wrecked ships are distinct enough that you can distinguish one from another, you would refer to them collectively as wrecks, not wreckages.

If you're in the midst of a broken ship (or an undistinguishable ruin from multiple ships) , then you might refer to the ship or ships as wreckage. Also, from afar, if there is no distinct object, just commingled fragments, that could be referred to as wreckage.

I don't think I would ever use wreckages (the plural), unless there were two distinct groups of commingled wreckage, like an inner ring and and outer ring. Even then I'd be more likely to refer to, say, "the inner ring and the outer ring."

Not everything that is technically a word is really in common use.

It would depend upon what you are trying to describe. If the spacecrafts are the remnants of a fleet, then I would refer to the ships of the fleet arranged in a ring of wreckage. Here, I would be referring to a singular mass of stuff arranged in a ring. If the area in question is a boneyard of various ships from different eras and fleets, I might focus on the variety of wreckages available for salvage. Here, I am referring to many different things.

The key question is what the focus of the description is: the whole (consisting of various parts) or the individual parts (making up the whole).

Not the answer you're looking for? Browse other questions tagged science-fiction grammar or ask your own question.