Is this allowed to use the name of Templar and other Order like Teutonic, Santiago, Hospitaler, etc as my fiction story?

I'm new here, but I really want to make a question about using real name order like Templar, Teutonic, Santiago, etc in my fiction but not as an Order, but a name for a Cult. 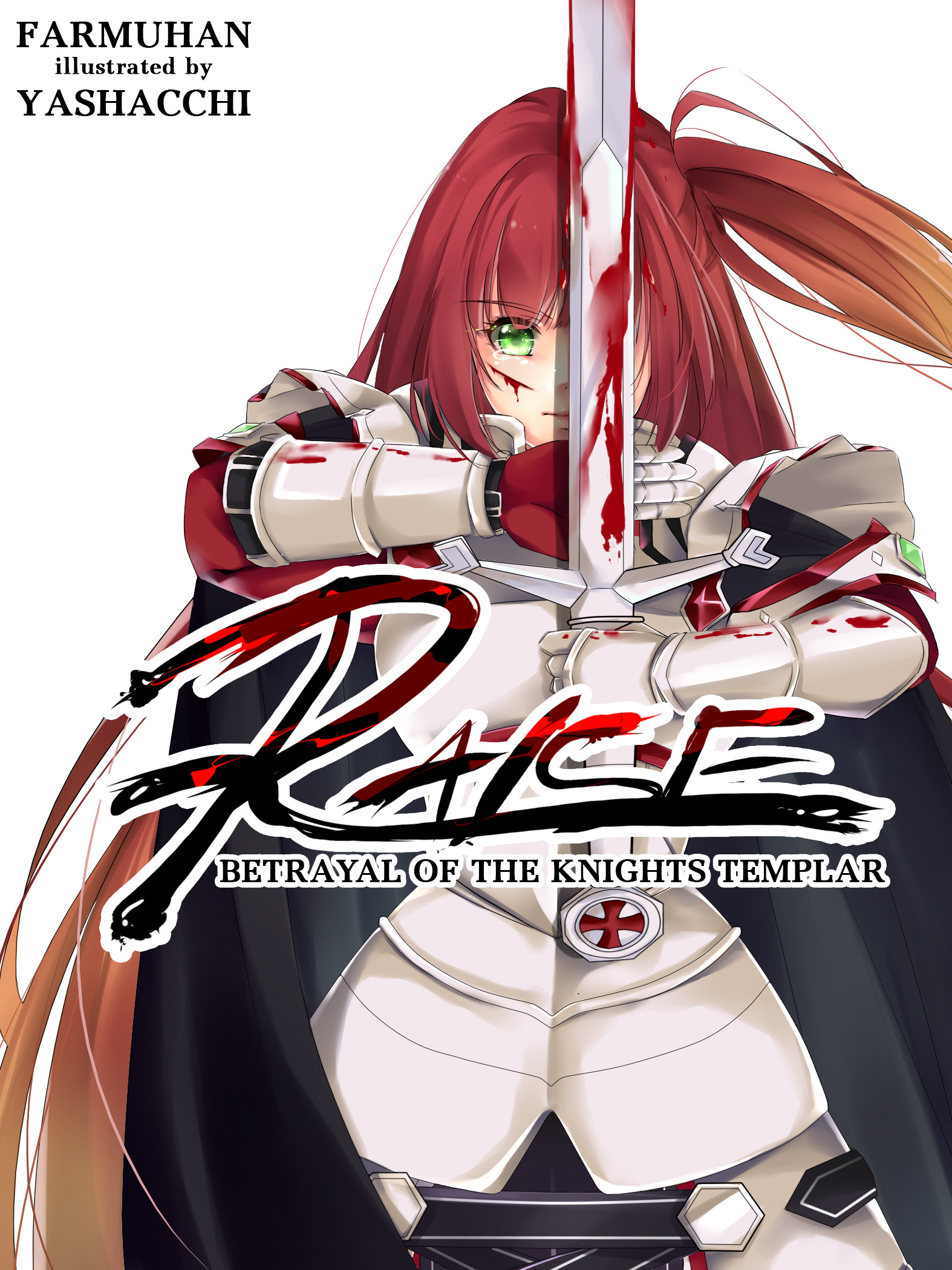 To make my question become more understandable, I will share my concept too. The picture above is my Novel Cover.

So I write a novel with this concept:
In another world there is an earth that fill by any kind of living things that created by God and Devs. In my world, there is only one God but for Devs there are so many of them. So to gardening the Earth, it's not just god to do that, Devs do the job too especially making human and other fictional creature like elf, org, goblin, etc.

FYI, I will explain what is Dev. A dev is a special creature that created by God that have same power like God with an exception: a Dev can not kill God, but a Dev can kill another Dev. I'm using term "Dev" to make a difference between God and "God" such as: Thor, Amaterasu, Shiva, etc.

So the world in my story is another world concept that still using same map design and same name historical person like Jeanne d'Arc etc but with more fiction.

Back to the Templar. The Templar is a cult that created by some human that created by God that really believe God is the only one allowed in this earth. So they attacking and killing the creature or human that created by Devs because they are not allowed here. I created this concept from white supremacy as my reference, so in my world maybe it called Human Supremacy or something (I'm still finding a good term for it).

And it's not just Templar that has same think like this, I want to put other real Ordo like Teutonic, Santiago, etc and make them as cult and do thing like Templar, killing and attacking other creature and human from another Dev.

Even The Templar is a dead Order today, so I think it's safe to make them like, you know, a bad guy from people created by Devs perspective.

Now the question is here

But how about other Order that still exist today? Like Teutonic, Santiago, etc, is it good if I make them like Templar in my story? 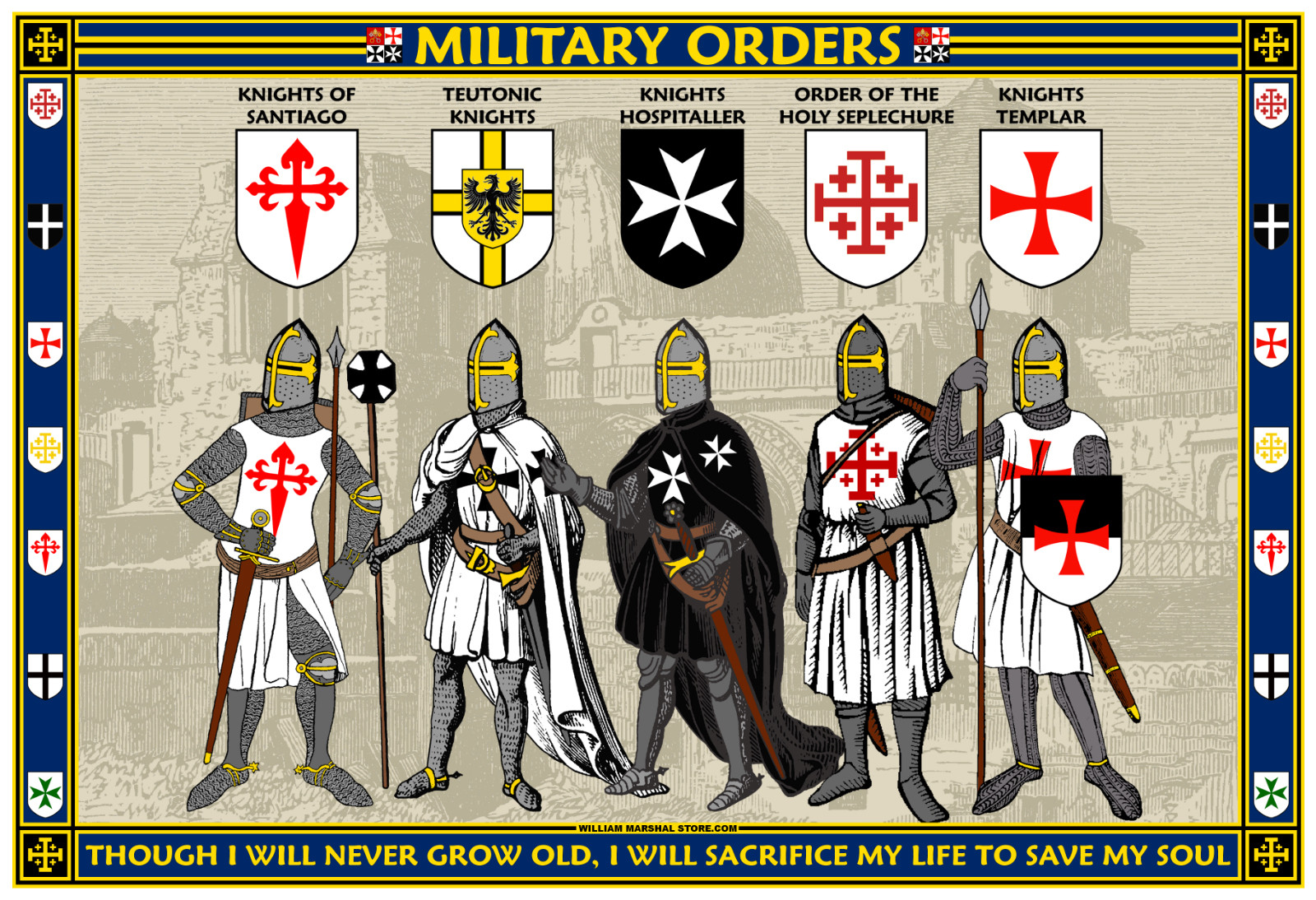 Of course this still plan, and I'm still writing this Novel in my Wattpad (will not put the link here because I think it will break the rule, but you can find it with the title in the cover) and Templar itself is the first cult that come in my Novel right now.

I'm just afraid if I will be attacked by them (Teutonic, Santiago, etc) if I put their order name in my Novel (even it still not popular lmao). What is your suggestion? Is it safe to use the name or must I make another name? Or there is no rule about it so I am free to use their orders' names?

As I remember, the Templars were accused of heresy and disbanded 700 years ago, so the Templar organization will not sue you for libel.

As I remember, in Sir Walter Scott's novel Ivanhoe (1819) one of the main villains who plot with Prince John against King Richard, and who attack and kidnap innocent travelers, is a Templar knight, Sir Brian de Bois-Guilbert. Lucas de Beaumanoir, fictional Grand Master of the Templars, who happens to be visiting England for some reason, tries Rebecca as a witch and sentences her to burn at the stake, even though at that time the Catholic Church insisted that witchcraft wasn't real and forbade witchraft trials.

And I have read a science fiction story set in the distant future in which a revived Templar order is involved in warfare to forcibly convert alien beings to Chrisitanity, which many contempoary people consider an evil action.

So for centuries writers have felt free to accuse medieval Templars of various misdeeds without fear of getting in trouble for libel.

Thus I have seen a television episode where King Philip IV "the (Un)Fair" of France, who attacked the Templars, is described as an evil supernatural villain.

And the creators of the show apparently didn't worry about the present government of France or the rival pretenders to the French crown suing them for libeling a former French leader who died about 680 years earlier.

I Think that most of the other medieval military are no longer military orders but exist in other forms. I think that the modern Teutonic Knights are two charitable organizations, one Catholic and One Protestant.

And as far as I know they have never tried to interfere with viewing the famous movie Alexander Nevesky (1938) which depicts the Teutonic Knights as sinister invaders.

And the Knights Hospitaller now exist as several charitable organizations.

As I remember, many novels, movies, television episodes, etc. have expressed strong opinions about relatively recent and still somewhat controversial events like the US Civil war and Reconstruction, World War I, World War II, the Nazis, The Cold war, Communism, the assassination of JFK, the Vietnam War, conspiracy theories, etc., etc. without too much trouble. So I tend to doubt that depicting fantasy counterparts of medieval religious orders will get a writer in much trouble.

So, you want to create a fictional order in a fictional settings that uses the name of the Templars as well as other historical organisations?

So, kinda like the Templar Order in the Dragon Age video game?

If nothing happened to Bioware for that decision (and nothing did), then you're safe.

It's not like this is the first time a historical person or group are taken and used in a fictional setting.

The only worry you could have is that your Templar Order didn't have enough of a resemblance, ie they looked more like musketeer or roman legionnaires, but that doesn't appear to be the case.

Not the answer you're looking for? Browse other questions tagged fiction novel or ask your own question.

1
Is the following sentence structure allowed in fiction?
20
How to deal with common Earth references in a non-Earth setting?
1
Mixing essay-like opinions with the story
11
Should I use the terms “people” “person” “man” and “woman” in fantasy setting?
19
How to introduce alien flora/fauna without turning the fiction into a biology book?
1
How to deal with nameless characters?
34
Would it be cheating to change the main character's “name” partway through the story?
6
Name of the technique where you show a tense scene in the beginning and then transitioning to a peaceful first chapter
7
Handling Earth-based religions on a foreign planet