I'm wondering for some time.. How would mushrooms fruiting body call it own mycelium? Imagine you're that fruiting body and after releasing your spores you are about to die. 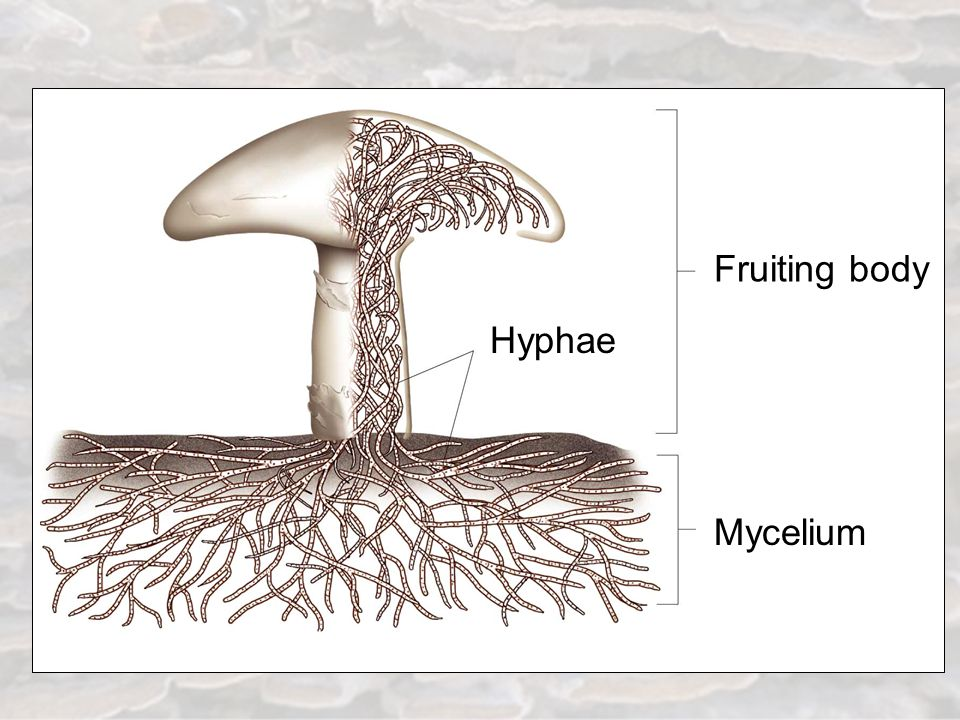 Truth is, the "mushroom" part of, well, the mushroom, is really only the fruiting body. This is like asking "how would the apple call it's apple tree".

If you want to have mushroom people which looks like mushrooms, you kinda have to forget about the mycelium and chalk it up to creative freedom, because the fruit of the mushroom isn't that big in comparison.

Mushrooms aren't plants. They don't use chlorophyll (well, lichen does, but it's a fungi and an alga teaming up so the fungi still doesn't chlorophyll). They get their energy from decomposing other stuff, which is something the mycelium does - of course.

The "me" of a mushroom should really be the mycelium. Still, to really give you an answer, if I was a mushroom I would refer to my mycelium as my roots.

Then die a gruesome death as I slowly rot alive.

Not the answer you're looking for? Browse other questions tagged fiction novel character-development plot science-fiction or ask your own question.

4
Is it a bad idea to have all the action in the beginning and all the dialogue in the end?
4
How do I turn a “screensaver” into an actual story?
5
Is there a word or a sets of words that describe a persons beautiful dead face?
4
How to deal with a rape scene: what can/should you do?
19
Is it considered lazy writing to have a dry prelude at the start of a book?
5
I kinda want to completely annihilate the hero - what would speak against it?
14
What are key features and pacing in a satisfying ending to a science fiction novel?
7
How to get my characters' emotions out of the way so I can get on with the plot?