I've been reading up a bunch of Screenplays from movies that I liked and came across a couple of them with a curious watermark on them, saying "RNG-109". I noticed this on a version of the Script for "Catch me if you can", "The Ring (2002)" and "The Shining". 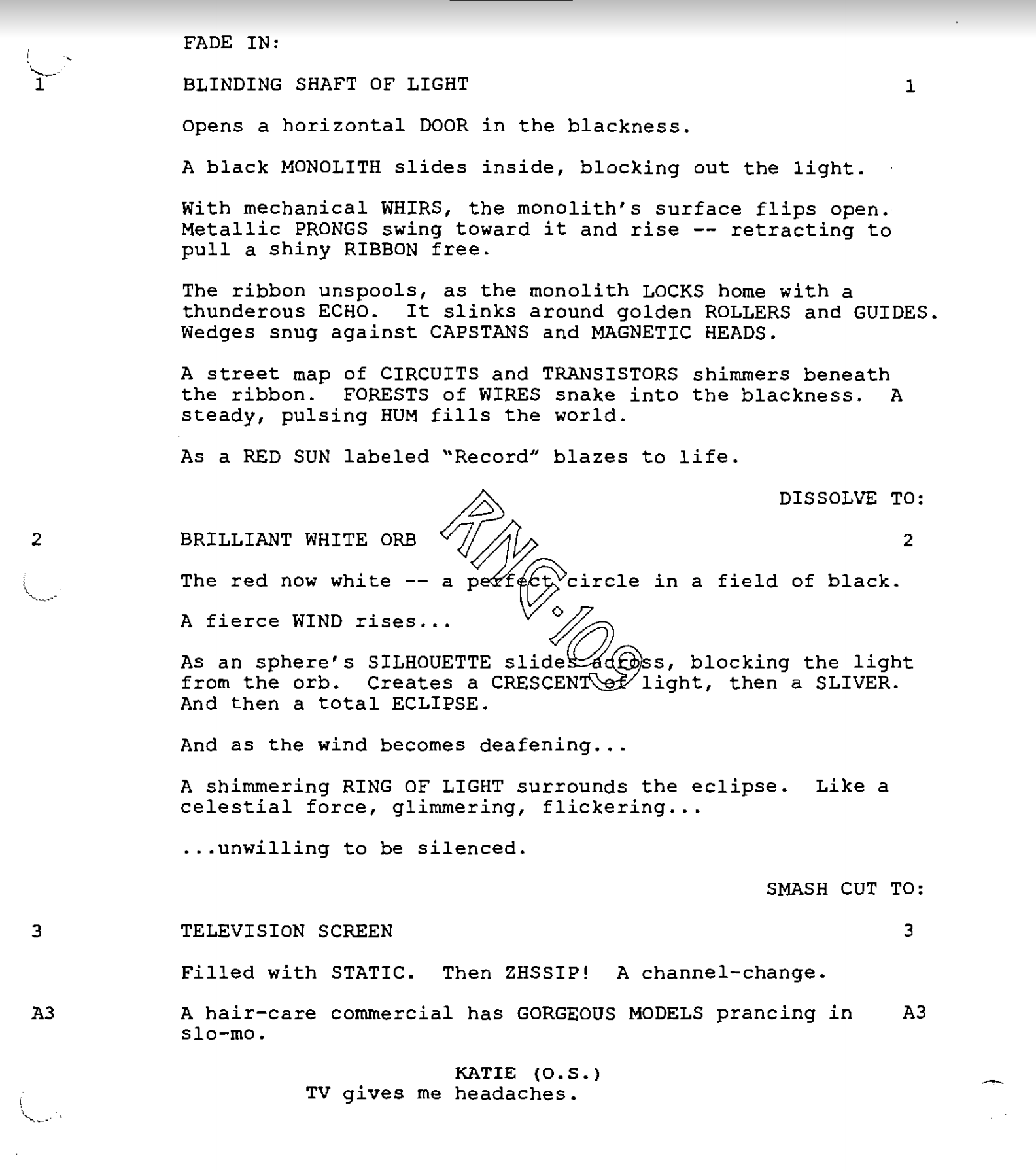 Google didn't spit out anything that would help me, which is why I'm asking here.

The code is designed to identify who received that particular copy of the script. Their use as a security feature is grossly overrated in the industry.

It is normally added by the production office or the script coordinator.

It is a feature of Final Draft, WriterDuet, Highland 2, Fade In (and other screenwriting) software. It can also be added by Studio Binder, Scenechronize and other production management software.

Most implementations of the watermark are now trivially easy to remove on pdf files. But they were difficult to defeat back in the days of printed scripts that were then scanned.

The watermark also incidentally allows production staff to return pages (or sides) found lying around on-set to their owner if the watermark is the Actor's name.

The watermark is never used for revision control. The title page and page header is used to identify revised pages of the script.

Not the answer you're looking for? Browse other questions tagged copyright screenwriting or ask your own question.