How to introduce a character properly

I'm working on a screenplay and I know the basics of formatting, however I still don't get why the first time a character speaks some line, it has to be written as He or Man instead of his actual name. Is this rule actually mandatory for all scripts? And if so, why does it exist? 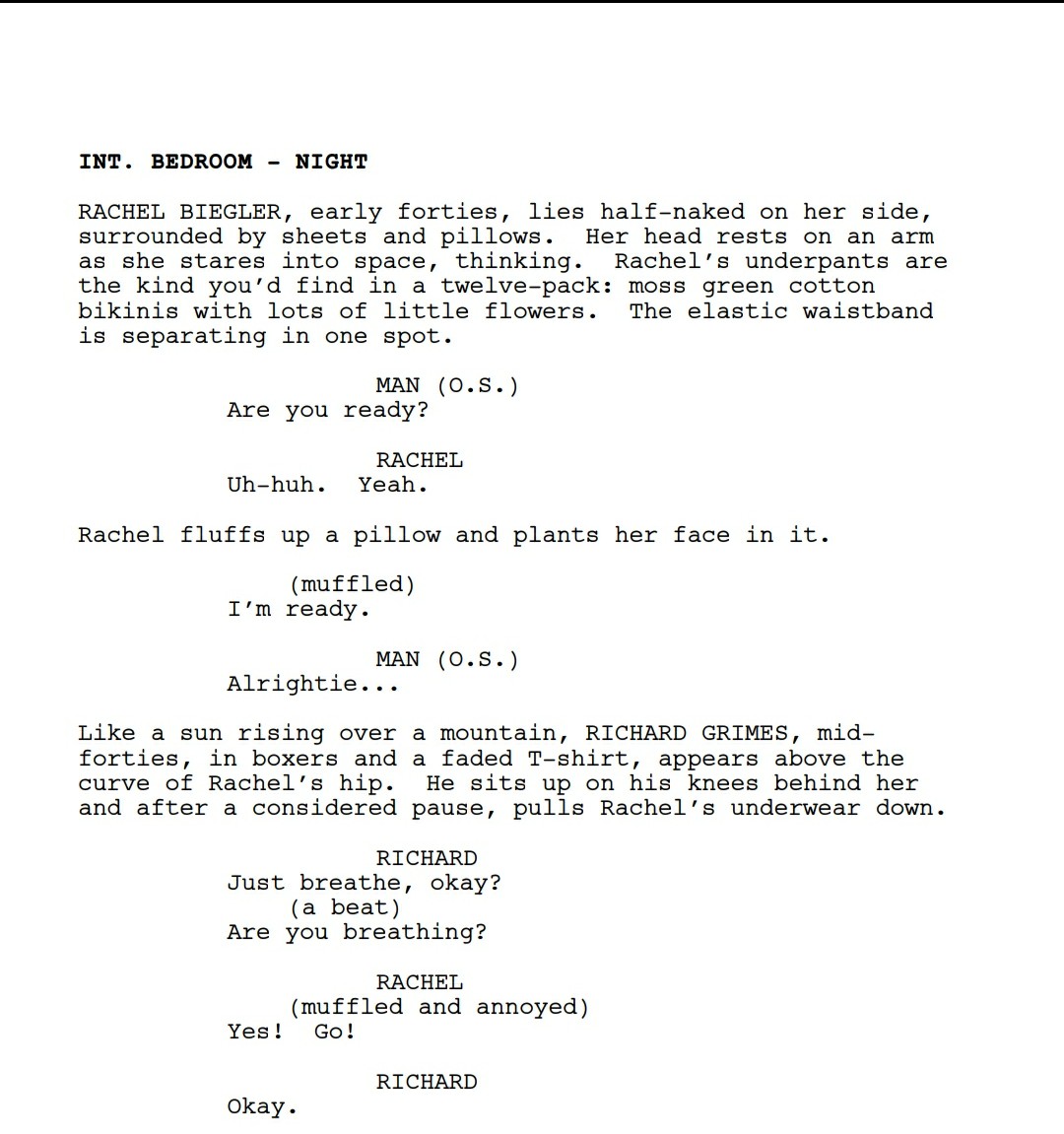 It is not true that "the first time a character speaks some line, it has to be written as He or Man instead of his actual name". That only happens when the character first speaks from off screen (O.S.), before we first see him.

The name in a screenplay stands in for that character's face. Until we have seen a character on screen, he has no name. Therefore, until the chacater appears onscreen and can be named, what we hear from off screen is not the voice of a person we know, but the voice of a man or woman we don't know and have no name (or face) for.

Richard speaks before he appears on screen. We don't know him yet, so what we hear is not the voice of a named character we are familiar with, but the voice of "a man".

Rachel, on the other hand, is visible on the screen before she speaks the first time. She is introduced by name and when she speaks for the first time, her dialogue is labelled "Rachel" – not "Woman (O.S.)".

Not the answer you're looking for? Browse other questions tagged characters formatting screenwriting introduction or ask your own question.

6
Good screenwriting-specific collaboration software
9
Why are the paragraphs of a document often indented and not vertically separated?
1
Possible To Introduce A Character Through A Dialogue?
9
How to introduce a nameless, mysterious character in limited third person?
13
"The more fleshed out the character is, the more the reader will care about him". Always true?
45
Why write a book when there's a movie in my head?
2
Referring to groups and unnamed individuals from groups in a screenplay