How to tag distinct options/entities without giving any an implicit priority or suggested order?

An example of the problem in an aggravated form surrounds the controversy of France changing ‘mother’ and ‘father’ to ‘parent 1’ and ‘parent 2’ in official paperwork - where the controversy suggests the new standard implies one parent is 'secondary' and the designation may induce completely unnecessary family conflicts.

In technical writing this may happen also; we have two or more completely independent identical units/objects/devices, which need to communicate. Any of them may initiate the communication, and this will assign them specific roles, but before the conditions occur, they are perfectly equivalent and so suggesting any order, priority, sequence etc would be misguiding - but we still need to distinguish them; assign them some designations when describing the situation. Marking them "Unit A, B, C"; "1, 2, 3"; "X, Y, Z", "Alpha, Beta, Gamma" this all is a specific sequence. I might try using symbols, 'unit @, unit *, unit %' but I believe this by itself would be rather confusing, never mind not yielding itself for verbal communication.

Can you suggest a convenient set/system of identifiers to use e.g. in technical writing or legal documents, that doesn't imply any order or priority of the options, but still allows to reference them uniquely?

I think you may be overthinking the issue.

In technical writing when you name three entities with elements of a specific subset, the ordering of the specific subset doesn't come into play unless it is specifically stated. There are plenty of examples where the common "A,B,C", or "X,Y,Z" are used without underlying assumptions of "who come firsts" or "who is more important". Luckily enough, technical writing is somewhat shielded from those kind of controversies.

Answering your question, though, you could try:

Assign them a cycling index "number" upon discovery. Use an arbitrarily large sequence, orders of magnitude larger than needed. 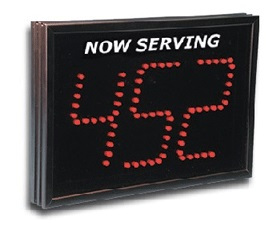 To further the concept of an oversized indexing system, letters are sometimes combined with numbers. Perhaps hexidecimal with an advancing cycle larger than 1

Full names and arbitrary names are good solutions to the question you asked. To address the question behind the one you asked -- the implicit "superiority" in ordering -- write examples that don't start with the first unit. For example, I might describe a database with nodes A, B, and C, and then talk through an example where B acts as the initiator in processing a query. Who says it has to be A? The names are arbitrary, after all, so don't start all your examples with the first name in your ordered set. (For that matter, why not have nodes K, L, and M?) If you have users Alice and Bob and Carol and Dan, try having Dan or Carol be the first ones to act in a scenario.

There is value in having sequential names in some kinds of diagrams and examples, like that database cluster (where there might be way more than three nodes). Don't make your documentation less usable by talking about nodes 12, 37, 42, and 139 instead of 1-4 or A-D. But you don't always need meaningful names and you don't always need to match "first in the sequence" with "first in the example or sequence of actions".

I don't think most readers would assume that the order in which you list things implies a priority. If you're going to give a list, it has to be in SOME order. If you said, "I work with three guys: Al, George, and Fred", I think few would assume that this means that Al is better or more important than George and Fred.

That said, if you're concerned that readers may make such an assumption, just add a sentence saying the order is not significant. I see this every now and then, a writer will say, "The members of the group, in no particular order, are ..."

Not the answer you're looking for? Browse other questions tagged technical-writing naming or ask your own question.

1
How to indicate the topic has been changed without using words?
3
Is there any limit on how long a story can progress without the reader knowing the name of the character introduced so far?
3
How do I announce an area-restricted feature without discouraging the rest of my visitors?
3
How do I include two prerequisite ideas without a non-sequitur?
18
How can I make names more distinctive without making them longer?
3
How to list main ideas in a conclusion chapter without being repetitive with the wording?