Is it ok to temporarily break immersion in a tutorial for a game?

At the start of a game, you sometimes have some character explaining things to you, the player, instead of the character, telling them to press A to do this and that. Paper Mario I think even makes a joke by saying that what they are about to say is for a higher being who might be watching, aka the player.

Is it ok to do this in dialog, even if your game is a bit heavier on the story side? It's not like this will happen every time, it's mostly just at the start, so it should be ok, right?

You’ve stumbled upon something that I personally think is a critical step in the process of designing a game. It is easy to overlook how a game’s tutorial can affect the player’s opinion of the game. While your intent as the developer may be to create a comfortable environment in which the player can learn the basics of gameplay before they begin, the player may just want to be thrown into the action. Remember, the tutorial is as much for teaching the basics of gameplay as it is for creating the player’s first impression of your game. Also, when crafting the tutorial, remember that whatever you decide to do can affect the experience of both new and returning players, however, without knowing the details of your project I can’t say exactly how. That said, the examples I’ve provided below should help you determine the best format on your own. Since you're specifically asking about story-based games, I've provided examples specifically relevant to that genre.

Having an NPC character walk the player through the controls is the method often used in Nintendo games such as The Legend of Zelda: Phantom Hourglass and Super Paper Mario (as mentioned in the question). 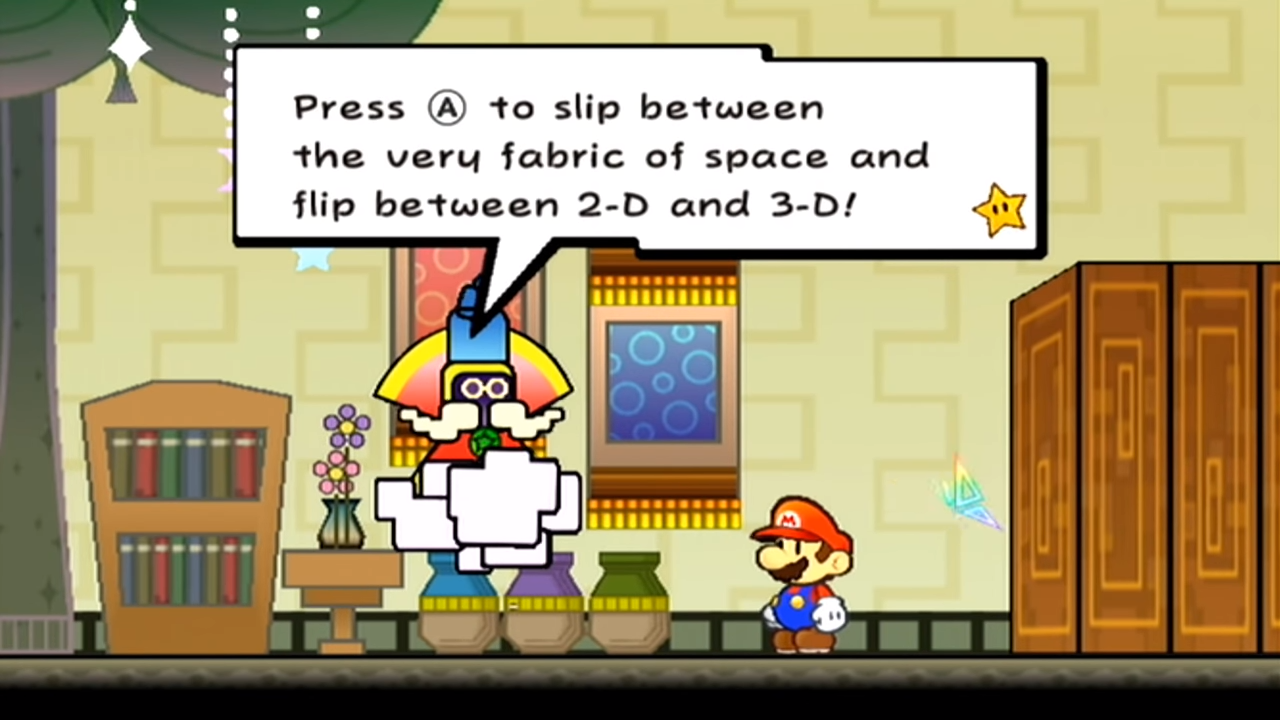 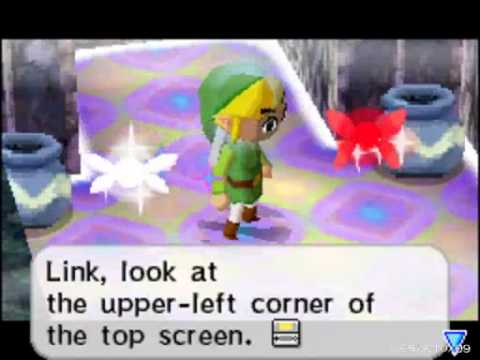 While this method often feels natural to the developer, it has the effect of breaking immersion. It creates a separation between the player and the character such that the two are not considered to be the same entity story-wise. This doesn’t work for most story-heavy games because they want to create a more immersive environment.

Instead of making an in-game character give instructions on how to play, you could have a pop-up text that tells the player how to perform the contextually relevant action. This is how games like Grand Theft Auto V present control instructions. This method is generally more flexible in that you can work them into the dialogue more easily, especially if you have spoken dialogue since you’ll want the controls to be presented visually as text.

For example, you could create a situation where a character says “Follow me,” and the player is expected to follow them down a path. You could have a pop-up appear saying something like “Use WASD to move.” At some point, the NPC climbs a fence. When they get to the other side, they look at you and say “Come on, let’s go,” and continue walking. Then a pop-up appears saying “Approach an object and press Spacebar to climb it.”

I generally prefer this method as both a developer and a player because it keeps the player interested and (usually) helps with information retention. It also makes sure the player understands what they’re doing by making it impossible to progress if they don’t.

Avoid having a “tutorial” option in the main menu that either brings the player into a separate game world to learn the controls or gives a non-interactive presentation of the controls. That usually only happens in phone/arcade games, and pretty much only works if your game is very simplistic.

Also, stay away from verbose descriptions of features as they tend to put players to sleep and don’t usually allow the player much time to absorb the information. These can usually be substituted for multiple smaller steps which makes it easier to understand and remember the material.

As an amateur game developer, I’ve had to make similar decisions before. Here are some articles I’ve used in the past when crafting my own tutorials.

Unless your game is for young children who might find reading harder, you want game instructions to appear in text rather than voice-over. The reason for this is that players often change key-bindings, and you'd want to dynamically change the instructions to match.
Another consideration in favour of this approach is replayability: players already familiar with the game would want to skip the instructions, in which case you'd want to make them easily dismiss-able. (This consideration would only be relevant if the tutorial also contains story, and the players would not wish to skip the story. And the loot.)

Consequently, it might be possible for you to give instructions without breaking immersion. For example, a character might tell the PC to "pick up a weapon", after which a text message would appear, explaining how to pick up and use a weapon. Both the Dragon Age and Mass Effect franchises follow this method: the tutorial part is structured to make the player take the standard actions of the game (attack, jump, run, hide, use abilities, etc.), ordered from the easier ones to the more advanced ones, and each time a new action must be taken, a floating text provides the instructions. A bit of floating text doesn't break the immersion, unlike characters speaking directly to the player, since the text doesn't "belong" in the game-world in the first place.

Can you give the instructions in dialogue instead? Honestly, to me it would feel weird. I do enjoy some tongue-in-cheek leaning on the forth wall, (TV Tropes reference), like characters making remarks about loot, but what you propose is actively breaking the fourth wall.

In particular, the tutorial is the part where you're still working to get the player invested in your game - in the characters, the story, etc. Instead, you're throwing the player out of the story. You want to show the player what the game would be like, but instead have characters give the player instructions. Why would the reader assume that this is a tutorial-only occurrence, rather than an accurate representation of how the game would be?

Why not? Some games have little messages for the player and, if well done, they add amusement. Sometimes they are even further into the game and an alternate remark by an NPC.

Not the answer you're looking for? Browse other questions tagged characters videogame tutorial breaking-the-fourth-wall or ask your own question.

1
Trickster's attributes
5
What format/platform/structure is good for writing for a video game?
4
Is it annoying if you write a character getting in trouble often, even if it's not their fault?
8
Prepare for more after the “ending”?
3
Should I avoid sex scenes / nudity in my horror game (or in general)?
17
How do you create a huge array of characters?
0
What is the character called that is only there so we can have information from the main characters?
6
Ways to develop characters in a fast paced video game
5
How do I differentiate characters in first person POV when the narrator doesn't know them yet?
0
protagonist knows things which the reader doesn't know/story starts in the middle. How do I tell them?