How alien can my aliens be if I want them to demonstrate how alien a human character is?

Using non-humans to show human failings is a mainstay of Science Fiction but is there a limit to how alien a viewpoint can be and still be used to show that a human character is devoid of an aspect, or aspects, of basic humanity?

You'd be amazed just how much freedom you have in this. Look at the Uncanny Valley, and you'll see what I mean.

EDIT for clarity. The uncanny valley is a chart meant to show the correlation between how human-like something is (visually), and how cute/creepy we experience it to be. Studies have shown that there's a sudden dip just before the subject appears 'real', called the uncanny valley. 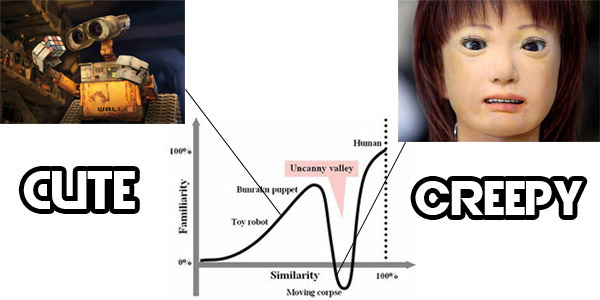 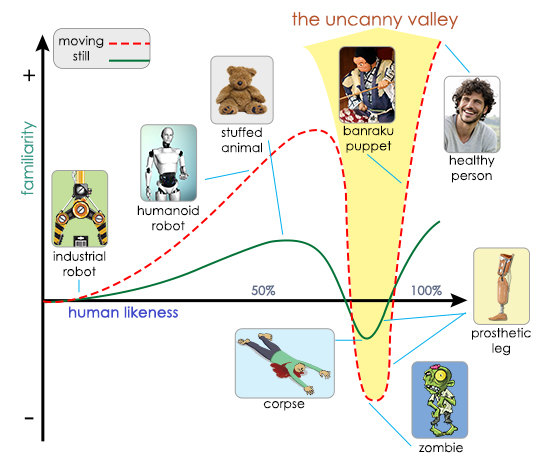 (above is a graph if the Uncanny Valley)

So what am I trying to say with this? Make them human enough, and you can bypass a lot of little problems. Show things we, as humans, can relate to. Like caring for our young, even if it's stroking an egg and singing it songs. Or maybe finding shelter, or providing shelter for someone less fortunate. Or collecting leafs and twigs and making things out of it. Or getting freaked out when a someone they care about is hurt (whether emotionally or physically).

Think about it. Let's say you have your MC, Slorpnarg (sorry, just kinda riffing on the name). Anyway, this creature has six hands and twelve eyes and looks like jello that was left in the fridge too long decided to build a space craft and fly off to a galaxy far, far away.

How do you make Slorpnarg seem human? Give him just enough human-like motivations, something we can relate to. Maybe he's all alone, and he's looking for others just like him--humans are social creatures, we can relate to this.

Maybe he's out there looking for the love of his life. The romance saps among us will melt (I'm guilty of it myself). And Wall-E did a WONDERFUL job of humanizing a fricking tin can. 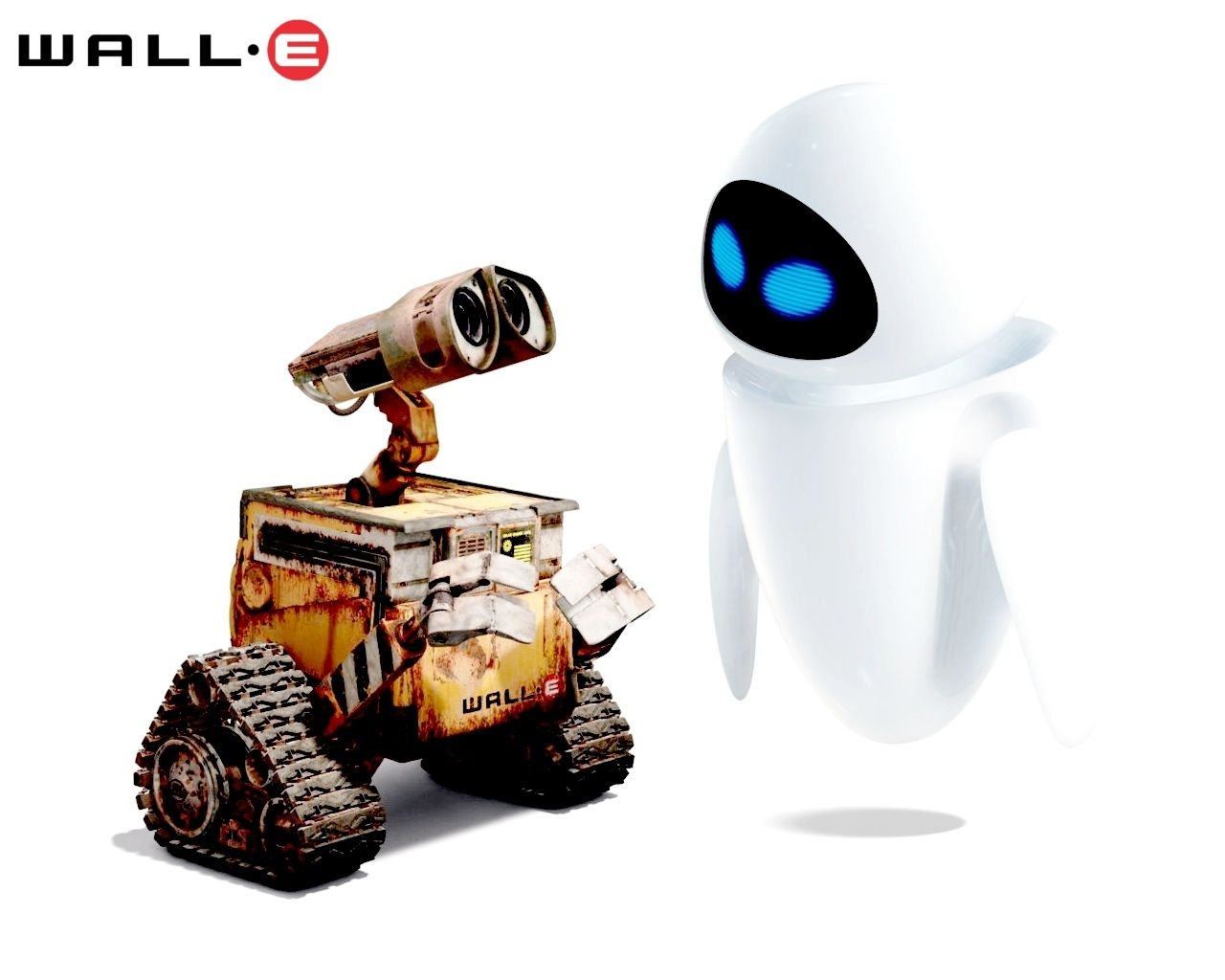 They aren't human, and they don't pretend to be. They can barely speak, having only a few lines throughout the film. But you see them. Their body language, their desires, their motivations, their dedication to one another. You see the whole picture of two unique little robots you can't help but root for. Or are you saying you didn't shed a tear towards the end? (if you've seen it, you know EXACTLY what I mean)

So make them alien, make them different. But make their motivations seem human enough that we can relate, and readers will still fall in love with them.

Once you've shown how human the alien is, this automatically compares and contrasts with humans. Just look at Avatar for how bestial and war-like humans feel, compared to the Navi. All you need, is a few aliens the reader/audience can sympathise with, and put someone like Russia's Putin or North Korea's Kim Jung Un, or others like that.

What your questions makes me think of is not aliens, but the character Benji in William Faulkner's The Sound and the Fury. Benji is mentally retarded, and the first quarter of the novel is told from his viewpoint.

I found it quite difficult to understand what it is that he sees, because he doesn't understand it and therefore is unable to name it. At the same time I found his ignorant view of events extremely exciting to read.

So there you have an example of a viewpoint character whose views of average humans are totally alien and almost incomprehensible, and yet that novel is one of the most acclaimed ever written.

You're writing science fiction, so there's no built-in limit to any creative element you want to include. I think you have two good options for developing this idea:

First, read as many well-executed examples of this concept as you can find (here's a huge list of the "Humans Are the Real Monsters" trope in action). A few quick alien-specific suggestions include the Ender's game series, the film District 9, and much of The Twilight Zone (which uses both humans and monsters/aliens to illustrate our inhumanity). Figure out what works for you and why as you go between examples, and keep track of those elements so you can incorporate them into your own work.

Second, write as much as you can. If you like how things are reading, get feedback from a trusted third party. It sounds like you're wanting to include something relatively abstract, so you're going to need to test your alien viewpoint on people who didn't conceive of it. Good luck!

In my opinion the only thing your aliens need to have is emotions. As long as they can feel pain and love, they are "human enough".

I once read a very short story about a sugar cube who died in a cup of coffee and the big twist was to discover that the main character was not a human but a sugar cube all along.

If we feel for the aliens, they can be has alien as you want.

PS: I am not a native English speaker, sorry for any mistakes I may have made.

Not the answer you're looking for? Browse other questions tagged character-development science-fiction or ask your own question.

8
How can I dig conflict out of an optimistic SF-nal premise?
20
How to deal with common Earth references in a non-Earth setting?
8
How do I show the confusion my character feels?
3
How far I should describe an alien invader character that has similar appearance to human?
2
How can I make distinctions between a hive-mind and a super consciousness?
7
Characterizing a sentient robot: inhuman PoV
4
Character and world building in less than 2000 words
3
How to a describe a character that is not remotely human?