How do I write a shriek? [closed]

I'm trying to write a shriek, something like "AHHHHH!" or "AAAAH!".

However, I don't really want to use all caps and repeated letters.

Does anyone know any other techniques of showing a scream occurred besides what I stated?

Inarticulate speech or sounds is an instance where I tell, I do not show.

Shriek, Screech, Scream, Howl ... It can help if it startles somebody that comes bursting into the room to protect her, or she wakes up already screaming, if it echoes off the walls, if it pains her throat, if there is some other consequences of this action.

But I don't try to write anything readable to sound like a scream; I just don't find it ever works well. The same goes for laughing; beyond the single "Ha" we sometimes really voice (and recognize). And moaning, and the sobs of hard crying, or giggling, or roars. I Find ways to describe those using actual words or metaphor or simile.

Disclaimer: I find a lot of sounds don't respond well to the onomatopoeia treatment, to the point where I completely skip over any string of letters that isn't a recognisable word. Now part of this is because I am a lazy reader, as a rule I read word shapes not letters. It's also because I can't be bothered puzzling out sounds; they're not that important, what they say about what's happening is and as long as I have, or can extrapolate, that information it doesn't matter much.

Think about how the effect of articulating the shriek against describing it is used with good effect in Harry Potter. If a shriek or an involuntary yell happened to be for something that wasn't truly scary (like a cat licking your toe), then it adds to the fact that both you and the character are likely to be chuckling about the unexpected fright straight afterward.

If, however, your antagonist appears and starts to do horrible things to people, then using an "AAAAAAAAAAAAARRRRRRRRRRGH!" will undoubtedly soften the message of truly horrifying terror that the reader is meant to experience.

It would work far better for a serious situation to say something like:

The Dark Lord of Wherever rose from the ground, his fingers reaching out and clutching the throat of the person beside him. The woman standing beside him shrieked in horror as her partner died before her eyes.

You can feel this is far more sinister, and the reader will be more likely to be take away the impression you are aiming for.

I'm gonna answer from experience as a reader, instead of a writer.

When you make your character shriek you usually want to send a shiver down your reader's spine. There have been many suggestions about describing the shriek instead of using an onomatopoeia and they are great, but if you have your heart set on using it, or it's more appropiate for your medium because you lack a narrator (like it can often happen in comics or videogames), I've always found "AIIEEEEE" to have a particularly strong impact: 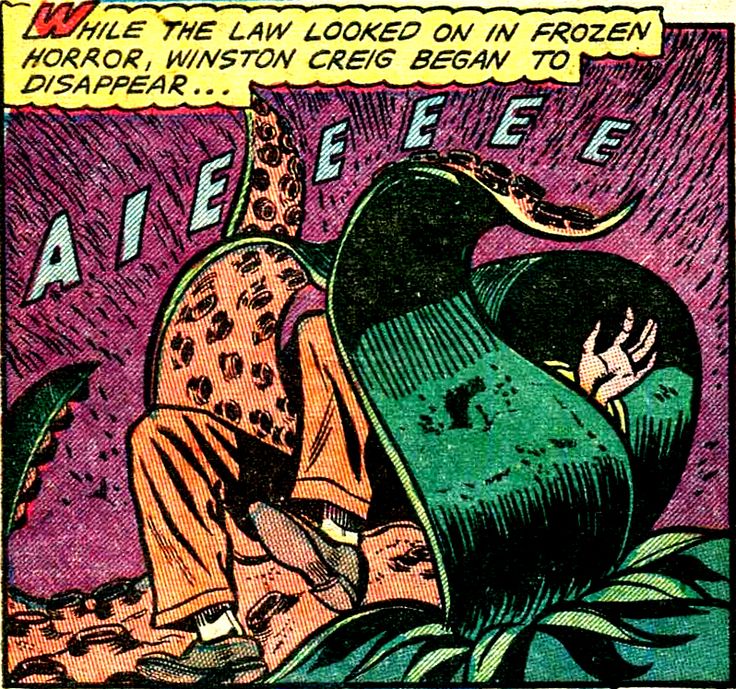 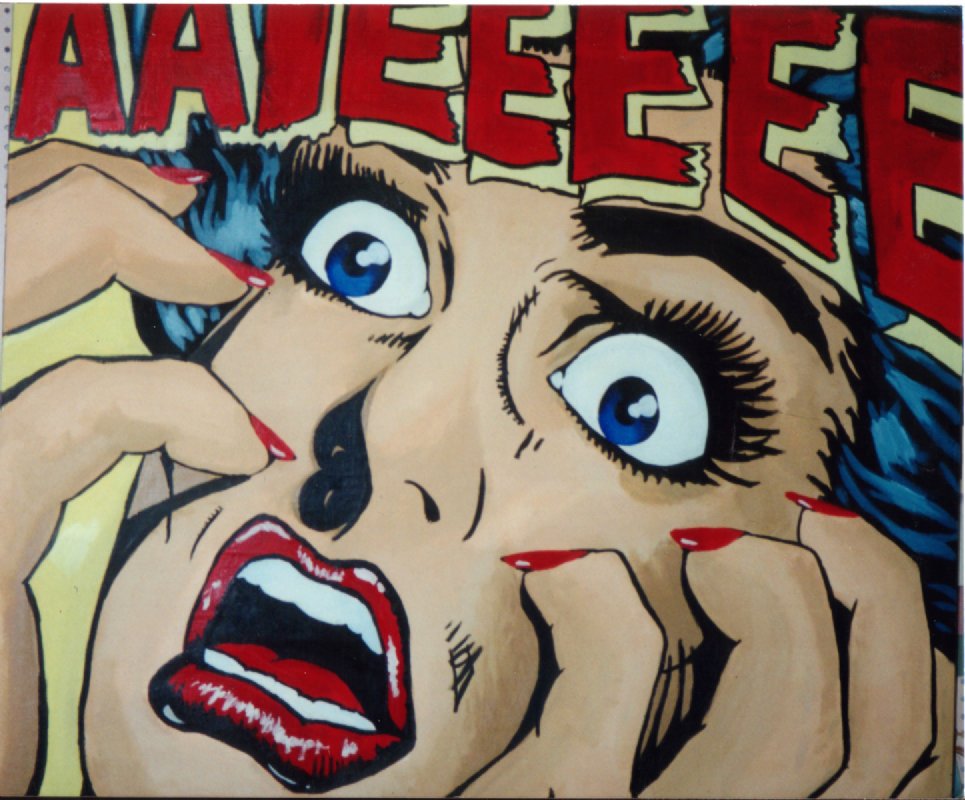 When I read the question title: "How do I write a shriek?" I immediately thought of the first time I saw this onomatopoeia: It was in the videogame "Monkey Island", and the expression got burned in my impressionable kid mind.

Graphic adventures (and 90's RPGs) were a lot like books or comics. They communicated a lot of character with just wording and a few pixels, and there was an impact in that onomatopoeia that I just hadn't experienced before with any other written scream, and I couldn't explain why.

Note: Unfortunately, I couldn't find an image of that exact moment of the game, will edit if I do.

When writing a Comic Book, you may want to produce the scream and try to assemble the letters as you hear them, and then apply font and size as you deem necessary, really there is no limit in this scenario.

On the other hand, when writing a Novel you would want to describe the effects of the scream and how it affects the characters. The reason for this is that you cannot see what the characters are doing or how they look when the action takes place. In a Novel, you want to let the reader decide a lot of things about the environment and what it sounds like to them, what should that shriek sound like to them to get your greater idea across about the situation.

These are huge differences, and to get a good answer I think you should define what you are writing.

Not the answer you're looking for? Browse other questions tagged technique or ask your own question.

10
Are there any techniques that make complexity work?
10
Writing techniques or exercises to improve ability to show rather than tell?
1
How to indicate the topic has been changed without using words?
11
I have very little technical ability, will this hinder my ability to tell a story and how to improve?
36
Want to write, have ideas, no story telling techniques or experience, feeling lost?
4
How to write a Stack Exchange Question?
0
How to arrange scattered ideas in a coherent manner to write an essay?
8
How do I write dialogue as heard by a POV character who isn't fluent in the language?
3
How to list main ideas in a conclusion chapter without being repetitive with the wording?
0
How can I compensate for lack of decision-making due to a non-sentient protagonist?