How to make a harmless villain

Harmless villains are the straightforward opposite of a complete monster and the typical evil overlord in fantasy, and so, creating one who can raise the steaks or look threatening is hard.

Just as a demonstration, let's say that Sapphire, the evil blue dragon does very evil things, like constantly patroling her domain's borders and forcing the illegal aliens to debt labor, which is really just community service, but sounds eviler. Not the scariest foe, amirite? 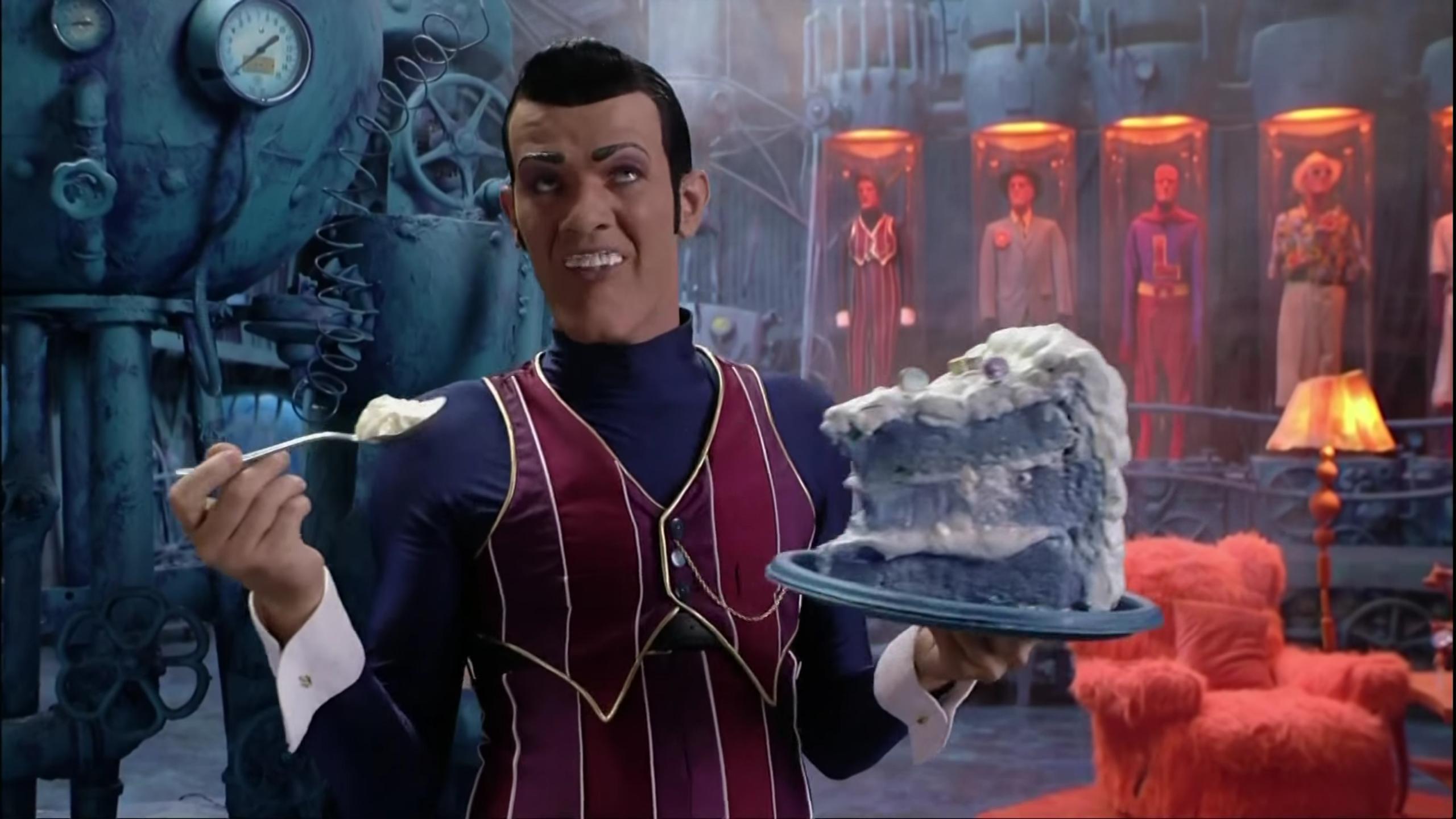 Harmless? Of course.
Excellent meme material? Kek.
Is a threat? Only to himself.

Of course, there can still be some legit threats like the Night King (until Rico from Starship Troopers gives his face a powered brofist). However, there should still be tension when instead of napalming the local wight populace, the heroes are running from Sapphire.

How can I make a harmless, yet effective and threatening villain?

This needs to be specifically catered to your story and your world for it to make sense, so I'll try to offer some suggestions within the context of one specific world.

So, the world. Let's say this is Urban Fantasy, where the 'magical world' is hidden by powerful enchantments (like Harry Potter-ish standards, so don't think too hard on how hard it really is to keep this world a secret, only that it must be a secret for reasons).

Let's pick a random setting. Hmm. In keeping with Rowling and the HP series, let's go with modern-day London. So CCTV is a thing, everyone has a mobile phone with a camera, and there are only a few million people that might expose the magical world (so there's an organization working tirelessly to keep it under raps).

Alright. Now, let's figure out ways to make a 'harmless villain' that is effective within this setting.

It's all about working with what you have. So let's take your example (I had to get to that eventually). A dragon that's just lonely, and kidnaps children to play with. Maybe put this into a different light (once investigated by the protag), that this dragon is really the angel of death, or used to be. But instead of killing the kids they were sent out to collect the soul of, they whisk them off to a magical land where they'll never die, and they're forever young (a la Peter Pan). Or maybe they really are the angel of death, and take the children's souls there to live happily ever after.

How do you want to spin it? Because the spin given is what makes all the difference in the world.

I'm not sure how to answer, other than broad strokes with examples.

Flawed Villains: This villain has a personality that does not allow them to complete the task. It may be a noble streak, controlfreak, or they have a sentimental history that can be exploited. Maybe they are secretly in love with the hero and this is all just a way to get their attention, but when faced with the actual task they will delay the final deathblow to prolong it. Maybe their real motive is something outside the story (trying to impress a father-figure). In real life we all know people who self-sabotage, then blame others.

Broken Villains: are like an indestructible moron, or a mastermind trapped in the body of a gerbil. They are a dichotomy, simultaneously threatening and laughable, so when one of their schemes actually works they are as surprised as everyone else. This is a good villain for a team-up with another broken villain with different issues.

My favorite is a Clueless Villain, generally someone so selfish they don't understand right from wrong. They may think they are the hero. They may want to be best friends with the hero, but their actions are usually destructive even when they try to help. They may be playing, then get bored and leave. She may be a brat, or someone's smothering mom, or somebody the heroes have to accommodate. They may be from another dimension and don't understand death.

Avoid out-dated tropes that make fun of your villain because of racism/sexism/bodytype…. These aren't villain traits. A lisping, effete villain isn't funny. Neither is a woman that is "too old" or "too fat to be taken seriously". A villain who is evil just because they are Chinese (yellow peril) or Muslim (xenophobia) presumes that half the Earth's population is inherently "different" from the reader. In some eras, anyone who was deviant from society's physical average was suspicious (a limp, hunchback, deformity, just being short or left-handed). Again, none of these are villain traits. A physically ideal hero that bullies others for being anything less than "perfect" will flip the hero/villain roles for many readers. There have even been eras where heroes were suppose to be "more average" than most, but that's certainly not the current message in Western media, nor in genre where everyone is an individual/orphan with a unique super-power and a personality flaw. Use the comedy rule of punching up, not down if you want the villain to withstand the test of time. A wealthy villain with political connections, a spoiled child who wants everything now, a petty tyrant in a small office or a witheringly sarcastic floor manager: these are people who abuse from a place of power (even if that power is very small). If your villain is not coming from a position of entitlement, and your hero punishes them for attempting to better themselves, you can end up with tall poppy syndrome sending a message you never intended.

Remember that there is usually a difference between the letter of the law and the spirit of the law the most law abiding soul can be a tyrant. By having them obey, without limit or exception, the letter of a law like the riot act any ruler can be made evil incarnate since most laws are written with an anticipation of interpretation and personal discretion of those applying it.

A couple of notes on really evil non-death sentences; you can only kill someone once, however brutally you do, afterwards they stop suffering. Life at hard labour can last a lot longer and be made extremely unpleasant, death sentences are therefore a waste of a good pair of hands and a strong back. So always think of Sisyphus when you design creative punishments, they should be mind numbingly dull while also being physically hard.

Not the answer you're looking for? Browse other questions tagged creative-writing characters tropes or ask your own question.