What would be an effective way to narrate this story? [closed]

Want to improve this question? Add details and clarify the problem by editing this post.

I don't want the story being told from the point of view of the protagonist.

Could a third person (limited omniscient) be effective in telling this story? Giving points of view from other character's perspective of the protagonist?

The setting would take place in many different places, so using only one narrator (one point of view) could be limiting (but not impossible).

Any other suggestions would be greatly appreciated. 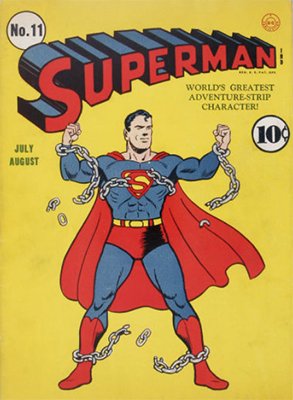 When the paragon is too powerful and too wholesome they can become uninteresting as protagonists. Young children prefer paragon characters like Superman. They know Superman can break his chains at anytime and is just pretending to be captured, and that's what they like about him. As we get older this kind of story becomes routine and boring. There's no suspense or risk. As the comic matured writers needed to focus on less indestructible characters. In the earliest comics it is just Superman and some villain bouncing rocks off each other, but later incarnations (especially film and TV) the protagonist shifts to a less perfect character who does take risks and can be in peril: Jimmy Olsen or Lois Lane. 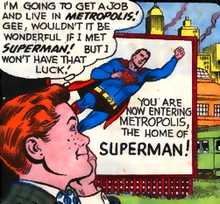 In the case of Jimmy Olsen there is hero worship of the paragon. As the newspaper's photographer it is literally Jimmy's job to follow Superman around and document his amazing abilities. He becomes a proxy for those young readers while "fixing" many of the narrative issues. Jimmy can be worried when Superman is captured, surprised to learn Superman was faking it, and Jimmy can be put in danger himself.

But in the character of Lois Lane (as she was originally created: a Torchy Blane hero) we see a protagonist in her own right. She leads all the stories she's in by being the most risk-taking, most aggressively fearless reporter ever. She never saw a villain's lair that she did not walk up and ring the doorbell to demand an interview. She doesn't follow Superman around, he follows her – if he didn't she would be dead by now. In the end she is also practically a paragon, she is a better reporter and a better detective than Superman, but without his superpowers she is either brave or crazy. She is over-confident and has to be rescued, which knocks her down a peg or two. We also enjoy schadenfreude that her own machinations against Kent leave her stranded. Lois is practically an indestructible superhero herself, but she has human flaws that make her character useful for plot opportunities. She can do things as the protagonist the paragon would never do. Probably more significant, Lois becomes destructible when Superman is someplace else and that makes for a perfect suspense plot.

Superman is a simplistic example of a paragon and Jimmy and Lois are not consistently written, but my point is even with the same paragon character we can have multiple protagonists who serve different narrative purposes and appeal to different readers.

Not the answer you're looking for? Browse other questions tagged narrative narrator or ask your own question.

7
Is it a bad idea to vary the voice of the narrator in third person (limited omniscient)?
1
How to stage a scene conflict that is not about the scene's narrator?
4
Tech-limited metaphors?
5
What is the difference between limited third-person narrative and free indirect discourse?
7
What are ways to shade the narrator in alternating chapters of dual POV?
6
In a “Gatsby” type story, how does a narrator relate what he doesn't get to see?
11
Third Person POV: What level of telling is acceptable for character motivation?
11
Can the prologue's POV be different from the POV of main story?
0
Is There a Term or Description For When the Narrator Inserts their Own Personal Perspective Into a Third Person POV?