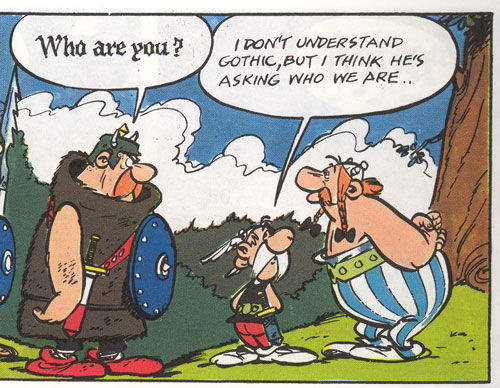 4
How to convey that the POV character *does not understand* what's said in dialogue?
5
Constructed Language - how to spell words that will be mispronounced in English
1
Writing in English, from the viewpoint of a non-English-speaking character, how can I convey a language very similar to the character's own?
9
How can I keep my dialogue nuanced and informal without breaking the illusion that the story is a translation (from a fictional language)?
5
Formatting multiple languages while avoiding italics for native speakers in their POV
10
Should I include an appendix to reference words of an in-universe language for a fantasy novel?
20
Can non-English-speaking characters use wordplay specific to English?
13
Does it make sense to (partially) create a conlang that you don't intend to actually use in the story?
1
Foreign names with complex pronunciations in an English translation
1
When to add sound effects in comics?