Does this sound too similar to Guardians of the galaxy?

So since 2007 I've been using a raccoon character in my stories and I want to know if he's too similar to rocket raccoon. My character is 12 years old, michievous, sneaky, intelligent, sarcastic, sort of Bart Simpson-Ish. He has two friends, a falcon and a tuxedo cat, and lives with his 29 year old brother. The story is also set in somewhat of a retro futuristic setting (sort of like blade runner). He may be the protagonist and get into crazy sci fi situations, but I wouldn't really call him super hero like. What do you think? Too similar?

What will make him similar or dissimilar is not things like age. It is his attitude and his speech. Rocket is defined not by who his friends are particularly, but by how he behaves towards them. So, put simply, if you can hear Rocket talking or imagine him doing exactly what your character would do, he is too similar.

Is the raccoon's brother also a raccoon? Like, are these just anthropomorphic animals? Because there's a pretty long tradition of that in children's books, so if you're writing a children's book, I don't think it's a problem at all.

If you're writing an adult book? I have trouble seeing how the anthropomorphism would feel real, but I certainly don't think the Guardians link is a problem.

Why Does It Matter If They Are Similar?

I am honestly interested in why it would matter if it were like Guardians of the Galaxy?

If you are writing the story for yourself and a few friends, then they surely are not going to care as long as the story is really good. Since your character is named something different and none of the other characters or story situations from Guardians of the Galaxy will show up in your story, the only similarity is that you have a snarky talking raccoon.

Over the Hedge : (Comic Strip & Movie)

If that were a problem, then I guess Guardians of the Galaxy would've been in trouble from Over The Hedge.

What If You Changed Your Character To a Fox?

Does it matter that your character is a raccoon? Or why not just change your character into a fox? What if yours was a fox? Would that then be different enough that you wouldn't worry about the comparison to Guardians of the Galaxy?

Or would you then think there were too much similarity to The Fantastic Mr. Fox? 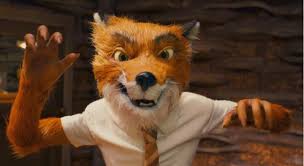 4) Get it published by a large publisher

If you even complete the first one it will be amazing. However, it still won't matter even if you have entirely copied the raccoon from Guardians.

Completing #2 will probably take at least 1 year. Unfortunately, few people will read the writing of an unpublished author. You'd have to find a writing community and even then, often, they're not that helpful.

Number 3 will probably be completely impossible. But if you do succeed you are well on your way to #4.

What Will A Publisher Think?

When you submit your writing to the publisher they will tell you if the character too closely resembles the one from Guardians. But they won't care. They will only care if your writing is good enough that they believe they can make money from it and decide to publish.

If they do, they will handle the problem, most likely by insuring your character is another type of snarky talking animal such as a hedge hog or a guinea pig.

Good luck with your story.

My guess is that if you have a sci-fi setting that involves a talking raccoon, then anyone familiar with Guardians of the Galaxy will think of Rocket Raccoon. Your raccoon could be a polite botanist who speaks Esperanto, they'll still think of him. There just aren't that many talking raccoons in sci-fi. Your job is to figure out a way to be at peace with it, and to write a good story.

Not the answer you're looking for? Browse other questions tagged creative-writing science-fiction or ask your own question.

1
Does this sound like someone at the end of their conflict with emotions? Please help
1
Do characters sound too similar if they use the same words/expressions?
0
Does the following dialogue sound stiff and formal?