Is it acceptable to reuse chapters across multiple books?

I am writing a college textbook/workbook to correspond with some courses I teach. Once finished, I'll have about 30 chapters.

Rather than publish just one 30-chapter, generic book, I want to create separate versions of the book for students of different majors, i.e.:

So that I can keep the work manageable, each version will contain similar content, but some parts are unique:

Will readers feel I am just cheating them by publishing the same content, but assembled in different orders, with different minor details, in many different books? Do publishers allow or discourage this?

In versions of a textbook geared at different audiences, this is perfectly acceptable.

An example is the German textbook on Personality Psychology by Jens B. Asendorpf, published by Springer, which is published in a version for Bachelor and one for Master Students, which take into account the different requirements of different examination regulations.

Of course the differences between these different editions of the same book have to be clearly explained in the book's description (backcover blurb, Amazon summary, etc.) and prominently marked (see the "Bachelor" in the image below). 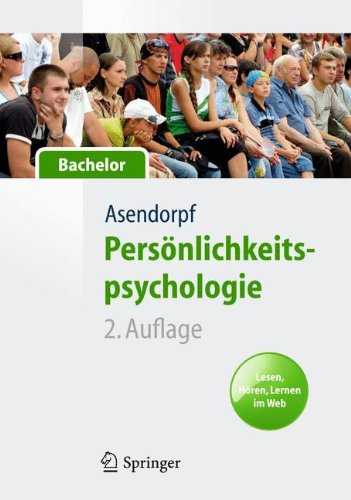 If such an understandable reason to reuse text blocks across different publications is missing, I would avoid it, even if you repeat the content of the text. For example, scientists rewriting journal articles into book chapters, handbook entries or news articles usually don't copy/paste text, but truly rewrite the whole article, because the different formats require a different structure, argumentation, language, and so on. The maximum of repetition that I have found in such cases, where the content was (partly) identical, was the re-use of central and striking phrases (e.g. definitions of terms), no longer than a sentence.

If the same author "reuses" a text block in a publication on another topic, he must quote it just as he would quote other authors. If he doesn't it might be considered self-plagiarism.

I have a friend who sometimes reused chapters from one book to another. Each time he reused a chapter, he included a note mentioning where the chapter was first published.

His books were all with the same publisher, though. To do this across publishers, you'd have to take care with the copyrights, and with how you license rights to each publisher. Seems complicated to me, but a copyright lawyer would probably know what to do.

I think readers are more likely to be annoyed by the reduced availability of used versions than directly by the reuse. That is, when a student sees that a copy of X for Engineers and of X for Trades are available but the student needs X for Artists and the books are by the same author and only differ modestly, the student might be somewhat upset. This is similar to the effect of frequently updating versions. This feeling would be amplified when the author is recognized as the teacher or being from the same department or university; the feeling of artificial profiteering is increased by the perceived lock-in.

Obviously the cost of the book in new and used forms, the availability of different versions (especially in used form), and the amount of shared material will influence the perception. If a new textbook is substantially less expensive than other textbooks for the field (e.g., art textbooks might typically be more expensive than textbooks in other fields), the annoyance of having to buy a more expensive new version is reduced.

If the different versions are released in different years, especially if the most structurally similar versions are the most separated in release time, then this feeling might be reduced somewhat. The perception is then conveyed that the more recent version is not just a rearrangement of content but an update. This release timing might also have practical benefits for the author and editors. Using more distinct titles would also reduce the appearance of reuse. E.g.:

If certain core material is both broadly applicable and enduring, it may be useful to provide a smaller number of versions of the core text (perhaps one for all users or perhaps two versions) with a supplemental paperback book with different versions. An ebook might be acceptable for a supplement which only included exercises and might reduce the cost of diversity. While having to buy (and use) two books would probably annoy students, the annoyance of having to buy a $35 used version of the core and a $20 new version of the supplement might be less than that of having to buy one $80 book when a $40 used version with mostly the same material is available.

In general people do not have an intuitive sense of the costs of developing and making available a textbook. If a textbook has unused chapters, a person is likely to feel that the book would have been cheaper if the excess material was excluded, not realizing the interplay between fixed and incremental costs. If a book has 80% of the same content as a book with half the price (even when comparing new to used), there may be an impression of being cheated.

Not the answer you're looking for? Browse other questions tagged publishing or ask your own question.

3
Are print on demand books more expensive than normal published books?
2
Print runs, unsold books, books by weight and do authors get some compensation for unsold?
3
More chapters requested. Is this a good sign?
1
How does public domain/copyright work across different countries?
3
Multiple Books in a Single Query
5
How do we spread a story across several different media without alienating our readers?
5
Publishing in multiple languages
1
What's An Acceptable Word Count for a Debut Novel?
2
Should I be concerned about covering the same stuff in multiple self-help books?
0
Should multiple chapters share the same page?